A while ago I wrote a little app that would let you copy iTunes metadata from one track to another. Due to a breaking change in iTunes 9 where it doesn’t handle selected tracks in the UI the same way, I updated it. Still free, and source available (and updated to .NET 3.5/VS 2008). If you want it, grab it.

Xtreamer - Maybe My Next Media Center?

I was reading some reviews of the Xtreamer media streaming device over on the MS Windows Home Server blog and on We Got Served and it appears this may be an affordable alternative to getting a full Windows Media Center front end in every room. I need something that’ll play AAC music as well as DVD rips in VIDEO_TS format. (More important are the VIDEO_TS rips.)

Turns out this little device does, in fact, handle VIDEO_TS, just like Windows Media Center. I confirmed that with one of the reviewers, too. I don’t have access to our DVD library in our bedroom right now; this might be just the thing, rather than getting yet another computer.

Document Your Air, Food, and Water

I wrote a guest post over on Five Whys about the importance of documenting the minimum information a new member of your team needs to become productive. Go over and check it out, why don’t you?

Burning CD/DVD on Vista - "No Files to Burn"

I was archiving some data onto DVDs in Windows Vista, using the regular Vista burn-to-disc functionality. On one disc, for a reason I won’t go into, I had one folder at the root level and about 60 files in that folder. When I tried to burn the disc, though, I got a message, “No files to burn.”

That didn’t make any sense. Running a quick Google search yields a lot of people with the same problem. Turns out the fix is to burn at least two files at the root level. Adding a “readme.txt” to the root of the disc alongside the folder magically made things work.

What’s up with that crazy must-have-two-files requirement? Who thought that was a good idea? 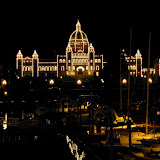