Some People Are Good People

I wrote yesterday about some eBay troubles I was having where an item I sent to someone in Australia got shipped to the wrong person.

I contacted the person who got the shirt and asked them what we could do to get the issue resolved and got back the following:

Yeah, i have the t-shirt that you tried to send to Michael. The mistake that was made was that you didnt put the suburb on the packaging. This caused the mix up and it has been sent to the wrong address…mine. The package had the postcode on it. So i think i have determined the correct address. I wrote “Vermont Sth” on the package and am going to re-deliver the package.

I wrote back to the guy and thanked him for doing that. I got:

No problem mate, next time make sure you have the correct mailing address before sending stuff away. Poor Mickey almost paid US$12 + postage and handling for no reason.

I figure it’s beside the point that I used the address I was given by the customer. It’s stuff like this that sort of restores my faith in humanity. Some people out there are good.

I got my copy of the CC&R document for the neighborhood I’ll be moving into. I have mixed feelings on the whole thing. On the one hand, as a homeowner I’d like to be able to do whatever I want to my own house. On the other, there’s no accounting for taste, so I’m glad there’s at least some sort of checks and balances going on.

I wish there was an English version of the thing, though. It’s all written in Legal, which is difficult to understand at best. I get the basic gist of it, but the particulars are a little more difficult. Do you have to ask before you plant stuff? It sure looks like it. I suppose it depends on whether it’s in good taste or not. And who defines good taste? The “committee” (which is like something out of a James Bond movie… sort of ominous sounding… some nebulous entity that may or may not truly exist, and if it does exist, it may not be for the forces of good…).

I can live with it. I wasn’t about to put up a pole barn in my front yard anyway.

It’s been a busy, busy, busy weekend. This morning I’m getting no reprieve, either.

Friday we had the house inspection, which, as posted in an earlier entry, turned out well.

I went home after that and got there about the same time Jenn got home from work. We unloaded some boxes that she had brought home and we sat down to watch TV. Interestingly enough, it turns out Comcast enabled On Demand programming for us (we have digital cable) so we were able to watch the movie Phone Booth (which, while not the most exceptional film ever, was still interesting due to the novelty of the On Demand broadcast. Like a digital video recorder full of free stuff. Very cool. We ended up watching an episode of The Sopranos, too.

Saturday we started packing. We got a lot of books and things packed up from the computer room, but if you look in there all you see is a stack of boxes and you can’t tell anything was packed. I can see this is going to be a long process.

Saturday night we went to see Super Diamond which, as always, was totally fun. They changed up their playlist a bit so we heard a couple new ones (songs I didn’t know) and some of the favorites. I think I liked their old playlist a little better, but change is good, too. (My feet are still aching from the three-hour standing session.)

Sunday we went shopping and picked up some more boxes (they were having a buy-two-get-one-free sale on smaller boxes, which we need loads of, so we broke down and bought some). Then we packed some more. After that, went to the last hockey game of the regular season, which we won. Finally, came back home, did a tiny bit more packing, and sat down in front of the tube.

I’m having all sorts of eBay troubles.

Got in to work this morning and found an email in my inbox from a guy I sold a t-shirt to on eBay. He lives in Australia and apparently hasn’t gotten his shirt yet (I sent it like a month ago and it should have been there in four to seven business days). He did get a strange email from someone asking if he was missing a t-shirt, though, so I’m thinking the post office delivered it to the wrong address. What the hell am I supposed to do about that? I don’t think you can get delivery confirmation overseas, and shipping UPS would have cost - seriously - $75. And that’s the cheap service. What do I do if this guy doesn’t get his shirt? Do I eat the $24 (cost plus shipping) and give him a refund? Or do I chalk it up to the stupid post office and say, “Sorry, buddy, not my fault?” Just what I didn’t want to have to deal with.

Not to mention I sold another shirt to a guy in the UK who pretty much dropped off the face of the planet for over a week and just now reappeared to say, “Oh, sorry, I was out.” (Basically.)

Screw this worldwide shipping thing, man. It’s too much pain in my ass. If I just ship to US addresses, I can print postage and get delivery confirmation right from my computer. If I ship overseas, I end up having to stand in line for an hour so I can pay for service that apparently doesn’t actually get my package delivered to the right place.

My house inspection is at 1:00p today, so I’ll be leaving pretty soon to go do that. I guess it’ll take about three hours, though I’m not sure what I’m going to do during that time. The inspector’s going to run around and do his whole “inspection thing…” I’m assuming I don’t need to do anything unless there’s a problem.

Either way, I’ll try to get some photos while I’m there so I can post ‘em for you guys.

Jenn and I are preparing for the move. With the movers scheduled, we’ve got to get the boxes and start packing. Jenn picked some up this morning so I can tell you how the weekend’s going to go.

Not only that, but I’m not going to have to disassemble and reassemble the home theater system, the arrangement of which is a tricky and ever-changing process. To that end, I’ve created a Visio diagram of my home theater system complete with all of the connectors and wires that I’ll have to have.

Right now, my speaker wires are all over the place, running along the walls and ceiling because I don’t have the ability to actually wire them into the walls. I’ll be doing the wiring the right way in the new place, so I’ve gotta plan for that. I ordered some connectors and adapters from Bose today to accommodate the Acoustimass 6 system I’m running (they have oddly shaped RCA connectors) and those should be coming in a couple of weeks.

I also want to get rid of these generally crappy cables I have and get some high-end cables that are better quality and more easily managed. I don’t think that’ll happen right off, but it’ll be something to shoot for. 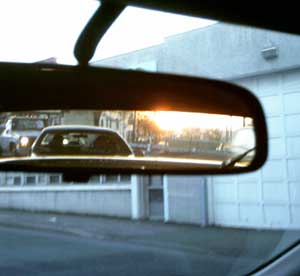 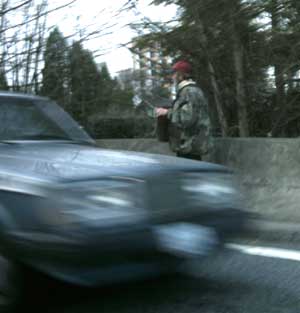