We were down quite a bit this year, back into the range we were at in 2006 - 2007. Again, it was a school night, but Halloween being on a Monday, we weren’t coming off a weekend (like last year when Halloween was a Sunday). It’s looking like when Halloween is in the middle of the week, we get a dip in visitors. Last year I mentioned I thought we’d be down this year and I was right. 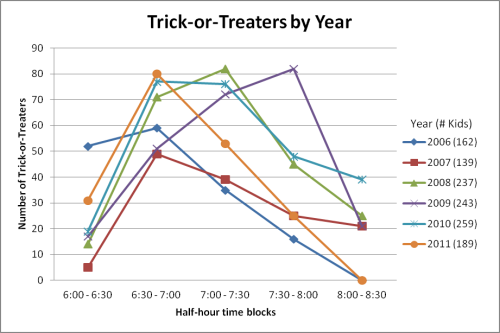 </tr> </thead> </table> We shut down at 8:00p this year rather than running until 8:30p for a couple of reasons: 1. The visitor count was really dwindling. The majority of the kids in that last half-hour block showed up closer to 7:30p than 8:00p. 2. Phoenix needed to go to bed. She goes to bed around 8:00p and if we have people ringing the doorbell and knocking, she'd never get to sleep. The costume this year was The Mad Hatter. Phoenix was Alice, and Jenn was The Queen of Hearts. [![Travis as The Mad Hatter and Phoenix as Alice.](https://lh3.googleusercontent.com/-KE8yQXjdEg4/Tq9LlSI2V_I/AAAAAAAAE-Q/nk6Fb8OIP9c/s288/11%252520-%2525201.jpg)](https://picasaweb.google.com/lh/photo/n2JyqLsPmlyZQ0HikbDr8g?feat=embedwebsite) My biggest peeve this year was one I already mentioned last year: "If your kid can't walk and/or talk, they're not old enough to trick-or-treat." I actually declined putting candy in the bucket a parent waved in front of my face that was intended for a sub-two-year-old sleeping in the stroller. They already had four kids with them, and then this fifth bucket pops out. "Who's this for?" I asked. "It's for him," said the mother, pointing at the sleeping kid. "What? Is he really going to eat this? *Really?*" I held up a Snickers bar from the candy bowl. The mother stared at me with this guilty look on her face but remained silent. "Yeah, I didn't think so. Happy Halloween!" I put the Snickers bar back in the bowl and shut the door. I'm the Candy Nazi.

I finally got a chance to crack open Battlefield 3 this weekend. I like it… to a point.

I’ve played through what I believe to be about half of the single-player campaign. The graphics and sound are really well done and the gameplay is reasonably engaging. I’m enjoying the story so far and the variety of missions is enough to keep me interested.

There are two things about the single-player missions that detract from my experience:

I’ve also tried the co-op missions. Well, I’ve tried two of them. I’d have tried more, but my dad and I can’t get past the second one.

Aside: Neither my dad nor I are super players, but we can hold our own. We’ve beaten all but two of the “spec ops” missions in Modern Warfare 2 on the hardest level. I beat the single player campaigns of Modern Warfare 2, Operation Flashpoint: Dragon Rising, and Operation Flashpoint: Red River on the hardest level. My dad’s gone Prestige in Call of Duty multiplayer. We’re not winning any tournaments, but we’re not newbies, either.

The difficulty on the co-op missions is ridiculous. We played the first mission on Easy and barely survived. The second mission involves flying a helicopter and giving close air support to a ground team. We’d have succeeded on that if the helicopter wasn’t so damn hard to fly. I have an R/C helicopter but it has coaxial blades and no collective to mess with. Flying the helicopter in this game forces you to deal with full collective - roll, pitch, and yaw - and it’s far, far too easy to dump it on its side. Anyway, it’s hard enough to fly that we can’t even beat that one on Easy, which means we can’t unlock any more co-op missions (because you have to progress through them to unlock more).

Not that it makes much difference, since there appears to be only eight total co-op missions.

I thought, honestly, there’d be more in the way of co-op. The whole reason I got it was to play co-op with my dad since we thought there’d be some level of co-op campaign. Oh, well.

I have not tried the multiplayer part of the game. Not because it isn’t good or whatever, but because I’m pretty much done with free-for-all, plotless game types. “Team Deathmatch” has no point. There’s no real teamwork, it just means half the people aren’t out to kill you. “Capture the Flag” just goes back and forth and never gets anywhere. “Horde Mode” sorts of things where it’s just endless wave after wave of enemies isn’t interesting either. What’s the point? I really like co-op campaign sorts of things where there’s both teamwork and a mission.

Anyway, like I said, Battlefield 3 is decent… but I may sort of be done with the war-based FPS until someone can bring back co-op campaign. (Seriously waiting for Borderlands 2!)

I’ve got Visual Studio 2010, MVC3, and the latest tools update. I’m all patched up. But I’m seeing something weird.

I start out and I have a solution with a single C# class library in it. 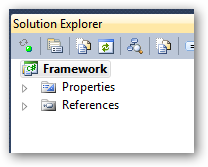 I decide to add an MVC3 site to it, so I do File -> Add New Project. I select an MVC3 project. 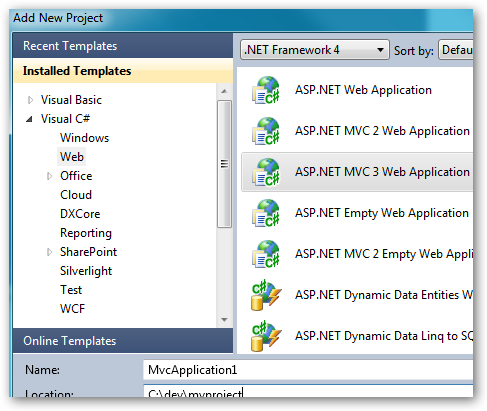 I click OK, and I select an Empty web application. 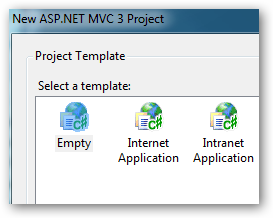 When I click OK on this screen, I get an error “Cannot add the item because the item to add it to is not a solution folder or the solution.”

I click OK to dismiss the error and I see there’s a folder in the filesystem named the same as the project name I selected (like it started to put the project in there) but the folder is empty.

To work around this, you have to:

I’m not sure what’s going on where the project template is somehow keyed to the solution, but there you go.

There’s been a lot of hoopla around NuGet and the whole .NET package management “thing.” There’s a lot of praise going around, and I think they’ve done a good job for what they’re doing.

That said, I have what I’m sure is going to be an unpopular opinion:

It seems to me the primary benefits of NuGet are:

That’s all well and good, butI think I’m not the target audience for this, and I think I may not be alone.

I don’t create a bunch of new projects. I work primarily in an established environment. We add new functionality to existing stuff. We refactor and fix and add features and clean up old code. We don’t create a bunch of new projects. When we do, there’s more ceremony than one person on the team deciding “File -> New Project.” How does that new project affect our installers? How does it change our deployment model? Was there any analysis done to see if there’s already a project in the system that overlaps what the intent of this new project is?

Since there aren’t a lot of projects created, there’s not a lot of need to hurry up and get new third-party dependencies in them.

Even if there were a ton of new projects, we have a central repository of third-party dependencies. That’s necessary because we have a lot of teams working on a lot of different projects and solutions that integrate and if we don’t keep ourselves unified on an agreed-upon dependency version, we have DLL Hell and Massive Assembly Redirect Configurations to maintain. Plus, there are legal issues with redistribution of libraries and licensing. Before you can update a dependency, did you check to see if the license changed? Did anyone do the cost/benefit analysis of taking that new dependency? Did someone try it in an isolated environment to see if it broke anything?

The point is, you can’t just right-click and update a dependency. Maybe a more accurate statement, then, is:

NuGet solves problems I don’t have.

I have other problems, sure, but NuGet isn’t helping me with those.

So when I see that really great projects have stopped offering a straight-up zip-file download and are making me jump through the hoops of creating a temporary location, futzing with the NuGet command line to “install a package” that I’ll never use, then manually peel the assemblies out of that and delete all the package junk…I’m disappointed. I know it’s free software, but that’s not terribly customer-friendly.

CORRECTION: There are zip files for AutoMapper, you just have to dig for them. I have come across other projects that don’t do zip downloads, though, and that’s sad.

There is still something to be said for distribution in a standard downloadable zip format. I mean, whatever happened to xcopy deployment? Does it always need to be more complex than that?

It also doesn’t help that the latest MVC templates all have NuGet built in. Now it’s not File -> New Project and go. It’s File -> New Project, delete packages.config, delete the packages folder, and go. And that’s in an “empty project.” Yay for additional steps!

This… this made my week. 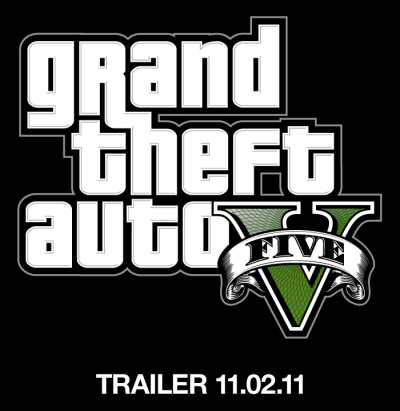