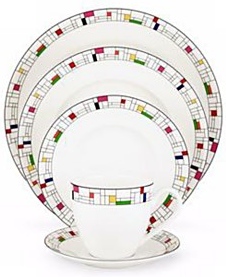 eCoustics has a great article on HDTV that explains everything you ever wanted to know, including whether 1080p is something you should step up to. Given the human eye’s limitations, you may not actually be able to distinguish a 720p from 1080p broadcast, pending on how far away from the TV you sit. This is a good complement to the Hanselminutes episode on HDTV.

Now I’m going to have to go home and measure to see how far we are from the TV.

I just got this weird spam letter that wasn’t even advertising anything. I thought the contents of the spam were interesting, though, almost like a stream-of-consciousness writing from an overloaded engineer.

Now or never. Possible Interpretation: Refers to doing two things at once, or multi-tasking. If you can’t take the heat, get out of the kitchen. Alternative: Who will act as gatekeeper to the gatekeepers? All hat and no cattle.

I get a lot of calls from recruiters, and I’m always happy to hear about interesting opportunities because I don’t like to close any doors. Hey, if someone wants to pay me a million bucks a year to eat candy bars or something, I’m gonna take it.

That said, I’ve got some huge pet peeves about the way some recruiters deal with things.

For example, I’m pretty clear about what I like to hear about. I’m only interested in permanent, full-time positions (no contract or contract-to-hire). I’m not interested in relocation (that includes the “keep an apartment where the job is and fly home on weekends” notion - that’s relocation, too). I don’t want to travel extensively.

Here’s another one: recruiters love the phone. Love it. And I understand that, since salespeople also love the phone and recruiters are basically job salespeople. The thing is, I hate the phone. Hate it. I can’t do anything else when I’m on the phone (I can email and do other things). It’s hard to get a private conversation on the phone (you can email people without people hearing what you’re emailing about). It’s not memorable (I can tell you over the phone that I don’t want to relocate and you can ignore it; you can’t ignore a documented email).

The big pet peeve with the phone is that recruiters abuse it. You do not need to schedule a time with me where I can take your call and talk privately and you can reel off the company backgrounder to me. You do not need to schedule a time where I go to the effort of calling you before work or when I get home so you can tell me about “a phenomenal three-month contract in Podunk, Michigan.” You certainly don’t need to call me right in the middle of the day and stop me in whatever I’m doing so you can tell me you just got my resume and then promptly start asking me to restate everything that’s already listed on my resume.

A recommendation to recruiters everywhere: Get off my phone. We’re in an electronic age - use the facilities provided. Use a database to keep track of people and pay attention to what it says. If the “no relocation” box is checked on the form, don’t send me the opportunity no matter how cool you think it is. If the “no contract” box is checked, don’t tell me about that super-awesome week-long contract in Australia.

Does that make me hard to work with? I don’t think so. I just think that a recruiter is more valuable to me when they choose to maximize the value they get out of my time and their own. Respecting my time shows me they respect me and really do pay attention to my needs, and in turn I’m more interested in hearing what they have to say. If I want job spam, I’ll sign up for a Monster search agent.

I love my home theater, but I hate having to try to get behind all the components to get the wiring together. I may have to check out some of these cool (but slightly pricy) slide-out-and-rotate racks that mount in existing cabinets.