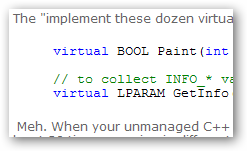 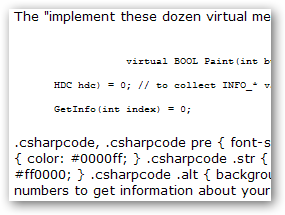 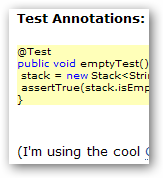 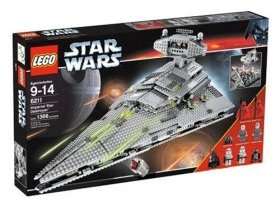 I updated my RSS feed to go through FeedBurner, so if you want all the coolness that gives you, update your subscription to point here.

A minor follow-up to my FizzBuzz response - In that post I said:

[T]he answer to questions like “What is the maximum amount of memory any single process on Windows can address?” is “Google.” It’s trivia.

If you have to ask about various operating system limits, you’re probably doing something wrong.