I had last week off (so I’m hurriedly catching up this week on work) and Jenn and I decided to take a couple of days to head down to San Francisco.

We chose to take the train down from Portland since neither of us had been on a long train ride before and the train is kinda fun. It’s a 14-hour ride from Portland to Emeryville, CA and then a 15 minute bus ride into San Francisco. We got a sleeper car so we could have our own private space and have a decent bed to sleep in. 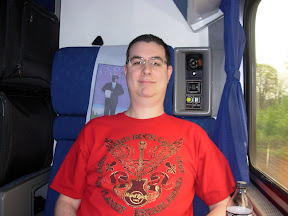 We had a good time on the train, but we learned two very important things to take forward with us:

Issues aside, the train ride down was fun and was part of the experience.

As soon as we got down there, we dropped our bags off at the hotel and went straight to Alcatraz. 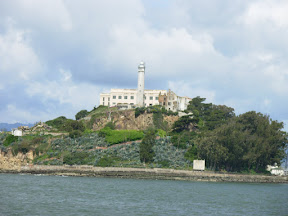 I’d been to Alcatraz once before with my dad when I was a kid but I don’t think I really appreciated or understood it at the time the way I did this trip. They really set up some interesting exhibits and things to tell you about the history of the island. There’s a wonderful audio tour that takes you around the cell house and is narrated by correctional officers and inmates who were actually at Alcatraz when it was a functional facility. It was pretty cool to see all of that.

There are several very lush gardens all over the island as well as some areas for birdwatching (there are a lot of marine birds like gulls and snowy egrets that nest on the island). We didn’t expect that, but it was neat to see.

It was also neat to call out various places we saw in the movie The Rock since that’s one of our favorites.

In all, we spent several hours walking around before taking the ferry back to the mainland.

After Alcatraz, we walked down to Ghirardelli Square. 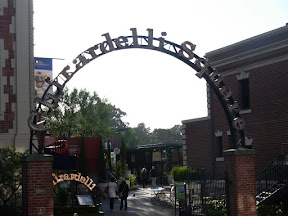 It was getting late in the day so several of the shops were closed, but we made it through the chocolate shop and got to see the general area.

We picked up some SF Muni three-day passes and ran down to hop on the cable cars to see Lombard Street - “The Crookedest Street in the World.” 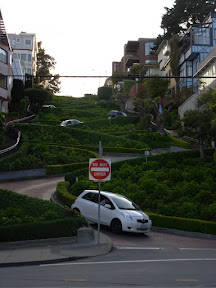 We didn’t have a car, so we didn’t drive it, but we did walk down from the top and back up again. It’s a heck of a climb, particularly after walking Alcatraz, and it wore us out. Thank goodness for the cable cars. 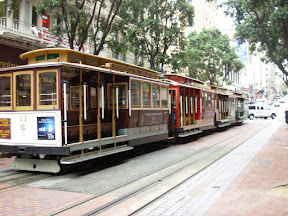 We rode those back to the hotel, took a quick nap, and headed out for dinner at Bubba Gump Shrimp Company. I’d never eaten there before, but it was really good and the wait staff was really nice. I know it’s not, like, “authentic San Francisco seafood” or whatever, but we’re tourists so we did some tourist things. 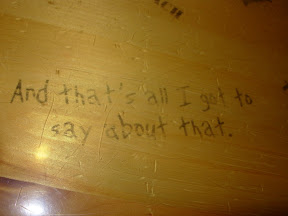 The next day we hopped on the cable cars and went to the cable car museum, which is not only a building that tells you the history of cable cars and how they work but also is where the engines that run the cables are. It was amazingly fascinating to see all the cables running all over and learn how that works. It’s free to get in, so if you are down there, that’s a definite must-see.

After that we hit Chinatown, which we thought was going to be… well, more Chinese and less tourist trap. 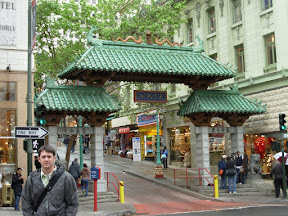 Unfortunately, it turned out that most of the shops were basically tourist junk shops, which is different from how I remember it when I was here years ago… but maybe I’m just not remembering right. Jenn was a little disappointed because, like me, we both expected to see… oh, I don’t know, like ducks hanging in windows and stuff. You really don’t see that. But if you want to buy some silk brocade pencil cases, Chinatown’s your place.

After Chinatown, we basically wandered around. We stopped by the old Del Monte Cannery, but it appears most of the shops have moved out of there and it’s primarily a hub for restaurants. After wandering for a bit, we took a quick break at Ghirardelli Square and had a strawberry hot fudge sundae. 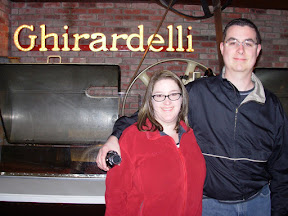 We stopped a few times at Boudin Bakery and we even ate dinner there. The bread is worth having, and clam chowder in a bread bowl was fantastic. I literally ate until I couldn’t eat anymore and that thing bested me… but I wanted to keep eating because it was so good! 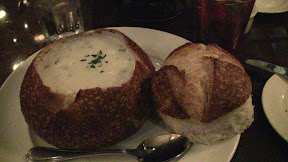 The next morning was basically spent packing up, checking out, and making it from the cable car to BART to the Oakland Airport. We flew home in about an hour and a half, which is a lot faster than our 14 hour train ride but not quite the experience.

It was a really fun trip and I’m glad we went. I have to say, though, that it felt a lot like Seaside, OR, which is not that far from our house. I think if Seaside had a lot more money behind it, it’d be San Francisco. Very similar atmosphere, similar kinds of shops, etc.

The full picture album is here: 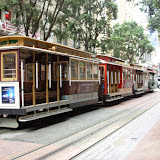 Check it out to see more of the trip. We didn’t get as many photos this time because most of the trip was on video, but you’ll get the idea.