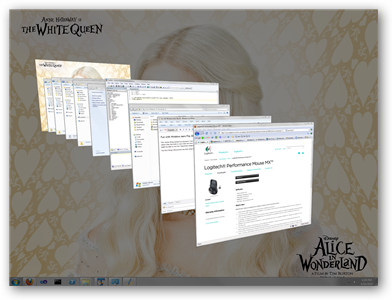 The first thing I discovered was that while Winkey + Tab brings up Flip 3D, Winkey + CTRL + Tab will bring it up and let it sit there so you don’t have to hold the keys down anymore. That’s what I wanted to do with the task switcher.

I tried to assign Winkey + CTRL + Tab to the mouse button for task switching… but it turns out you can’t assign Windows key combos to mouse buttons through SetPoint. Fine.

A little more searching and I found that you can also bring up Flip 3D in a persistent fashion by running the following:

That got me wondering if I could have the mouse button execute an arbitrary program.

You can’t. You can only assign a keystroke.

First, create a folder in your Start Menu. I created mine at C:\Users\tillig\AppData\Roaming\Microsoft\Windows\Start Menu\Programs\Tools. (That’s on Windows Server 2008/Windows 7 – you’ll need to adjust that for your Windows version appropriately.)

Set your shortcut to execute that rundll32.exe command line I gave you earlier.

Give your shortcut a nice name like “Aero Flip3D Task Switcher.” 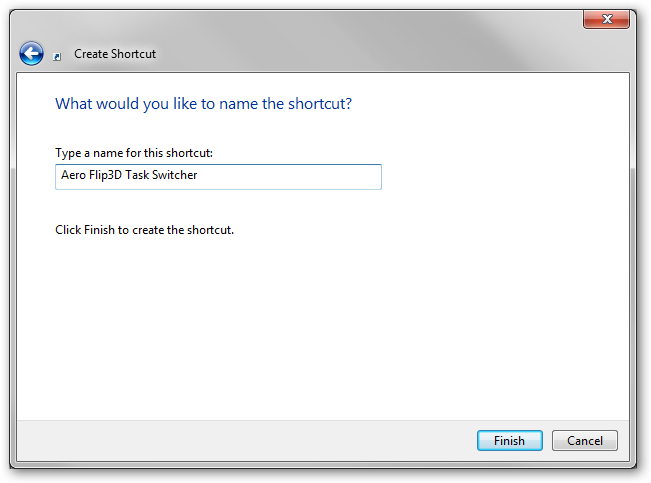 So now you should have a shortcut like this:

Now right-click that shortcut, select “Properties,” and on the Shortcut tab, click in the “Shortcut key” field and then press your shortcut key combination. Your shortcut key will show up in that box. Click OK to save the changes. 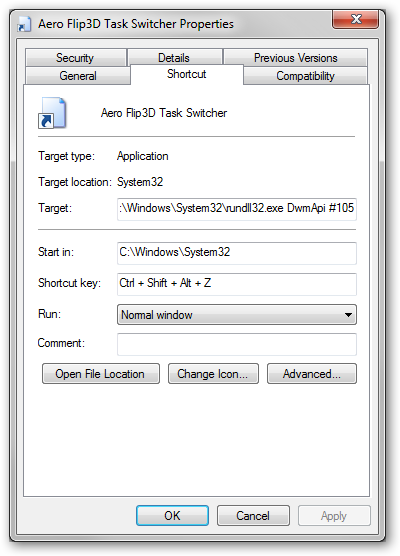 Now you should be able to use that new shortcut key combination to run the shortcut regardless of where you are. Nice!

Unfortunately, as it turns out, I still couldn’t use this to hook Logitech SetPoint up the way I wanted. I’m not sure why, but it just wouldn’t issue the key right, or maybe it wasn’t being issued the same way it does with the keyboard so Windows wasn’t handling the key.

Regardless, I learned a lot about some long-time Windows features and it looks like it could be useful in other situations. Hopefully it helps you, too.