I’m a contributor to the Autofac project and recently they switched their repository from Subversion to Mercurial which means I have to learn Mercurial. I’ve been working with it a little and the workflow process is… not quite as intuitive to me as Subversion, but then, it’s a pretty big mental shift and I’m still working on it.

These sites have helped me get up to speed and start understanding a bit better. Maybe they’ll help you, too:

Got other good ones? Leave ‘em in the comments! 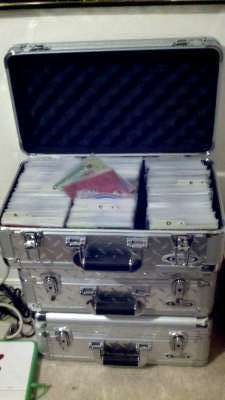 After you update Android on your phone (or whatever) you should recalibrate the compass so it, literally, knows which end is up. This involves flipping the phone around along all axes so it can figure things out. After a while, the little on-screen compass thing turns green and lets you know it’s calibrated.

Except when it turns red and never turns green, which is what happened to me.

I looked around in forums and it turns out this is reasonably common. I fixed it in the same way other people have fixed it, which was:

This was really annoying for a few hours while I couldn’t for the life of me figure out why the compass calibrator kept turning red and never completing. I followed the above steps (which is an amalgamation of things that worked for different people) and had no issues. Hopefully it’ll help you, too.

Problem is, that’s not how Google Calendar works, which means when I switched to Android, all hell broke loose. You can’t export an event as an iCal (.ics) or vCal (.vcs) file, which is basically what the BlackBerry was doing. However, there is a way to do this, it’s just not… intuitive. At least not to me since I’m so used to shipping .ics files around.

Getting an Appointment from BlackBerry to Android/Google Calendar

There’s an alternate way to do this, too, but it involves saving the .ics file that’s attached to that incoming Gmail and going to Google Calendar and running an import… but that’s painful and not necessary. Just click “yes” and call it good.

UPDATE 12/22/2010: Opening an appointment in Gmail appears to only work if you do it from a desktop computer, and from the full view - not just the basic HTML view. You can’t open the appointment and accept it right on the Android phone because the Gmail client on Android will simply show the appointment as an attachment and not an invitation.

Getting an Appointment from Android/Google Calendar to BlackBerry

A few weeks ago I got a Motorola Droid X. It didn’t start out as well as I’d like.

The first phone I got had a bad pixel on the camera’s CMOS sensor that caused a big pink blotch in the middle of any pictures or video I took. I returned that one and got a second phone, which had a perfect camera sensor but a bad pixel on the screen. Third time was the charm, as I returned the bad screen phone for another that has both a good camera and a good screen.

Hardware problems aside, I also had a bit of a learning curve to get over, moving off a BlackBerry Curve, and I ran into some trouble with connecting to wireless networks reliably. All of this left me a little disillusioned but I’ve gotten to a point now where I’m really liking it again.

If you’re a new Droid X owner, I thought I’d offer you some tips to help you skip over the whole disillusioned state. (In some cases, these are good for any Android-based phone owner, but I can’t really speak to anything but my Droid X experience.)

From there, it’s just figuring out apps, widgets, and what you want to do. It’s worth taking the time to explore things. There’s a lot of cool stuff the phone can do, but it’s not all immediately obvious, especially if you’ve never had an Android phone.