The Rundown is not a deep and meaningful art film focusing on character development and subtle subtexts that intertwine themselves to create a complex storyline.

The Rundown is the most fun I’ve had at the theater in a long, long time.

The Rundown stars The Rock as a guy named Beck who works as a collector for a loan shark. Beck doesn’t want to be in the business, but he owes the loan shark, so he’s doing his time. As a last mission, the loan shark sends Beck into the Amazon jungle to retrieve his son Travis, played by Seann William Scott.

Beck heads into the jungle and havoc ensues. He runs into trouble with the local warlord (played by Christopher Walken), he gets mixed up with the rebel army fighting the warlord, and he keeps managing to lose his target, Travis.

In the end, of course, everything works out, but it’s the journey that’s the fun. The movie starts you right out with a great fight scene and doesn’t slow down. The humor is great, the characters are quirky, the action is brilliant. This is everything an action movie should be, and I’m disappointed that they don’t turn more out like this.

The Rock finally really establishes himself as a viable action star (we all knew he was, but this part was made for him). Seann William Scott shows us he can be a character other than Stifler. And Christopher Walken… well, I mean, it’s Christopher Walken, man! How could it be bad?

This one’s definitely worth paying full price for, and maybe even twice. I’ll definitely be getting it when it’s out on DVD. If you haven’t seen it - go right now. If you have, see it again. Yes, it’s that good.

My dining room table is in at the shipper’s warehouse, but they only deliver between like 10 and 4, so I’ve got a two-hour window in which I need to be at home tomorrow so they can bring me my goods. I told my boss that and he said I should just work from home tomorrow, so I think that’s what I’m going to do. I haven’t really done too much work from home before, so we’ll see how it goes. I’m sure that the trade-offs will quickly appear; while some distractions won’t exist (phones, other people), others will rear their ugly (or, in some cases, cute) heads (my bad cats).

Regardless, I should have a table by 4:00p tomorrow, which will be sort of nice and sort of not. I was enjoying the fact that my apartment looks ten times bigger when there’s no table, but I’m kind of tired of sitting on the floor when I need to do any sort of writing or whatever.

I still need to post the Enchanted Forest pix, but I have downloaded them off my camera and they’re almost ready to go. You can really see the shortcomings of my shitty little camera in them - bad lighting, nothing is centered in the frame - but I guess they’re better than nothing.

I also need to do some more work on my pMachine implementation. The home page is pretty much done, but the entry pages haven’t even been started yet, and there’s definitely some fine-tuning to be had. It looks good, though, and I can’t wait to move over. It offers so much more functionality. You guys will love it.

I totally lost sleep over this stupid demo thing I’m supposed to be doing for work so I came in this morning and was like, “Look - I’m good, but I’m not a magician. You guys want help? Fine. You want me to do like 700 pages of work in five weeks of half-time work? I don’t think so. Not really what I signed up for.”

Besides which, I don’t get paid nearly enough to be putting in 80 hour weeks for this shit.

So I’m stressed, and probably vastly undercaffeinated, and I think maybe I need a job that doesn’t involve computers. Maybe something like costume design or sculpting.

I went to Enchanted Forest this weekend with Jenn’s gaggle of girls. I took pictures, and when I get a chance I’ll tell you all about the trip and post the photos in the gallery.

I also went to see The Rundown this weekend and loved it. Again, if/when I get a chance, I’ll post a review and let you know how you need to just go see it right now.

Oh, and I went to the fabric store to get some fusible interfacing for my costume and came to the conclusion that, if I’m ever single again, the fabric store is a great place to find hot single chicks. 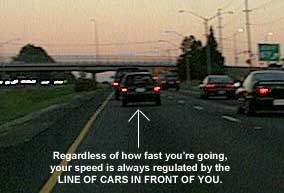