The new version, which requires DXCore 1.1.18 (a free download), has been released and provides the following updates:

Added option to replace tabs in <code> blocks with spaces. 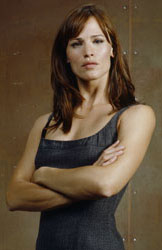 I got impatient because the TV repair folks haven’t called me to schedule the pickup of my TV for tube replacement so I called them yesterday. Turns out the warranty company is sitting on it. Apparently they take three to five business days to approve standard changes; a tube replacement can take up to ten business days. That would mean I wouldn’t even get the pickup scheduled until next Thursday.

As far as I’m concerned, that’s unacceptable. I’ve been hosed for a month now, and I’d like it fixed.

Here’s hoping they can come through a little faster than that. Maybe I can make some more phone calls and get things rolling.

I went this weekend and took advantage of some of the President’s Day sales at Home Depot and bought a new dishwasher. That will be delivered and installed this coming Saturday, and I can hardly wait. I saw our existing dishwasher in the store - it’s the lowest of the low-end models. No wonder our dishes aren’t coming clean. Once that shows up, I’m going to the store to buy some new glasses - these are etched from poor drying and have hardened food on the inside because of poor rinsing.

We are also considering a new barbecue grill (ours is old and nearly rusted through), an air hockey table, and one of those retractable awnings so we can actually use our back porch.

The TV repair people haven’t called me to schedule the pickup of my TV for repair yet, and that worries me. I mean, the TV is mostly watchable - it’s not just dead sitting there - but I’d like to get this resolved ASAP. The stress of the thing is killing me.