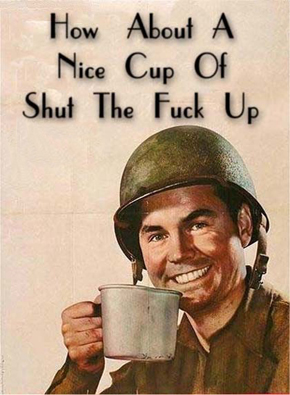 I called NEW (the warranty company servicing my TV extended warranty) since they were supposed to have called me back this past Friday to tell me what’s going on with my TV - as it’s unfixable, are they going to replace it or refund my money?

Dave told me that NEW was waiting to hear form the TV repair place that my TV was not fixable. I asked what could be done to help the process along.

Turns out I called the repair place and they sent in their report like two weeks ago.

Time to get irritated…

I’ve seen this twice now - once with the folks from work on Friday, once with Jenn on Sunday. I’d see it again.

A lot of people out there seem to be complaining that they didn’t get what they wanted out of this one. Let’s put this into perspective:

This is a science fiction movie series about people who have some sort of telekinetic powers given to them by a mysterious “Force” in the universe. People fly spaceships. People duel with swords made of contained laser beams. Everyone in the universe speaks English except Chewbacca. And you’re complaining about plot holes?

I look at Revenge of the Sith like this: Coming in, there are certain plot points that need to be addressed to bridge the gap between Episodes II and IV. Anakin has to turn into Darth Vader. Chancellor Palpatine has to become the Emperor. Luke and Leia need to be born. Yoda has to make it to Dagobah. And on and on. If you were paying attention to the other five movies, you know what’s going to happen in here. It’s like watching Titanic: Is the ship going to sink or isn’t it? You know the ending already - you’re just along for the ride.

Thinking about it like that, this movie was awesome. I loved it. The action was great, the story moved along fairly well (maybe a little too quickly toward the end, but that’s okay), and all of the loose ends were sewn up. Every plot point that I wanted to see addressed got addressed. Plus - and this is a huge bonus - there were no “cute” characters like Jar-Jar Binks or the Ewoks to mess it up. It stood on its own without selling out.

I’m still not a big Hayden Christiansen fan. I don’t feel him as Anakin. I’m not sure why, he just didn’t sell me. The rest of the cast did a good job.

The effects were good, too. The battles were great! Why couldn’t they have done that sort of stuff in the last two movies? This was what I was waiting for this whole time and I wasn’t disappointed in the least.

No Season Tickets This Year

After much deliberation, Jenn and I have decided not to get full season hockey tickets for the Winter Hawks this year. We love hockey, we love our seats, and we love the people we sit by. We just can’t make it to 36 home games over the course of a season, and we can’t justify spending the money on the tickets anymore. The Hawks have taken too long to “rebuild;” there are too many Memorial Coliseum games when they should be in the Rose Garden; and we always tell each other we’ll go on vacation when we have the time and money… but with 36 games to go to, there’s no time, and at the prices they’re charging, there’s no money.

This was actually a really hard decision that we chewed on for several weeks. We really do love our seats - right on the glass! Front row hockey action! And the people we sit by are really good friends - we couldn’t ask for better seat neighbors. Those were the two factors making us reluctant to not get the season tix - the seats and the people. Sadly, the factors against (money, time, etc.) barely outweighed and now we’re going to step down for a partial season ticket package instead.

I’ll be honest - the real push for me was the time. I do love the hockey. 36 home games, though? It’s like every single night you’re having to haul ass downtown. I’ve really been enjoying not having to run around so much during the off-season and I really just can’t see getting back into that crazy shuffle. Six or seven times in a season? Sure. Twice a week for several months? Too much. Far too much.

So we’ll lose our seats, which I’m sorry to do, and we’ll have to run down to visit our friends during intermissions. But we’ll actually plan and go on a vacation this year, which, I think, will make up for it. Cancun? Disneyland? The sky is the limit!

I love my Roomba. LOVE IT. I may have to get a second one because we love it so much.

I heard rumor they might be coming out with a floor mopping robot. I laughed that it would be “Mopba.”

Turns out it’s real. It’s actually called “Scooba” and it’ll be out for the holidays. I must have one.