Found a couple of cool artists over at Boing Boing. 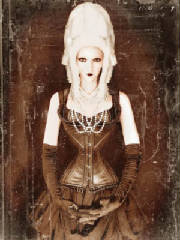 Jeffrey Scott of “Factory 1019” does real photography and digitally enhances it to give it somewhere between a Blade Runner and MC Escher feel. I like a lot of these (though some are NSFW) and could easily fill my house with them, Jenn notwithstanding.

Symon Chow looks like he works in a little less digitally-modified photography, but is still very cool. It reminds me a little of Carnivale.

This weekend I proved conclusively that I am a true Gamerpoint Whore by completing the Old Spice Experience Challenge, increasing my Gamerscore by 1500 in about a week. Oh, hell yes. I plowed through King Kong most of last week and finished Gun this weekend. Good times.

Jenn was at my cousin’s wedding shower all day Saturday and ended up staying over at my aunt’s house (the shower was three hours away and my mom didn’t feel like making the trip up and back the same day, so they stayed over), returning Sunday afternoon. That left me home alone. Hmmmm.

Saturday my dad and I had planned on getting our Xbox on over the network but his router wasn’t configured to forward the right ports or something so while we were able to connect to other people, we weren’t able to connect to each other. I guess that’s the behavior you see when the router’s giving you grief. Instead, we ended up watching some movies and hanging out, which was fun. It’s always good to hang with Dad.

Sunday I cleaned up around the house a bit and when Jenn got home we went out for some Indian food. Can’t get enough of that butter chicken.

Monday Jenn and I trekked around town, getting the usual chores done and gathering supplies to make a cat scratching post because the new cat could legitimately be considered a Weapon of Mass Destruction. We figure by making the thing we’ll get exactly what we’re looking for and save between $10 and $20 at least. Cat furniture is expensive.

We also took a look at some of the projects we’ll be doing this spring that we’ll be putting off. I’m generally in charge of indoor repairs and projects while Jenn is on external projects.

I know we’ve got some crown molding to put up and the caulking around some of the windows needs to be replaced, so I’ll be in charge of those efforts. We might also need to paint the master bathroom since the walls in there are looking a little drab from moisture and so on. I’ll probably look at doing some of the caulking over the course of the next few weeks and the rest closer to spring.

Jenn’s agreed to deal with getting a new layer of barkdust put in (including organizing any prep work that needs to be done) and dealing with, once and for all, this crappy spot in our backyard that gets really soggy (plans and execution). It’s nice to have someone you can count on to get everything done without procrastinating and without forgetting the details. Jenn rocks that way. That stuff will commence in the April/May timeframe.

Jack Is A Terrorist

Our new cat, Jack, is less “cat” and more “spider monkey with claws.” The longer we have him, the wilder he gets. He has no issue flying out of nowhere to attach to your back, leg, head, chest, or anything else he can sink his little needle claws into.

I’m also wondering if maybe we should have named him Osama, because he’s a damn terrorist. You never really know when he’s going to strike. You find yourself very tense even just sitting and watching TV because at any time you might get fairly significantly injured. I was trying to play some Xbox 360 just this morning and just as I was getting into the game - attack! I have a fairly decent cut on my hand where he got me good.

I’m hoping he’ll chill out, if just a little. I don’t think my nerves can take it much longer. He’s gonna break me.

Looks like my company is getting acquired. People have always bandied about the notion of “what if” and so on, but I don’t really think I believed it would happen. Yet here we are - CheckFree bought us out (which is ironic, because Corillian was originally a spin-off of CheckFree…. are we coming home to roost?).

There’s a conference call later that will hopefully answer questions, but I find that most of these types of calls raise more questions than they answer, or at least muddy the waters so you don’t really know what the answer is. You could ask if grass is green and you’d get a ten minute response about varying types of grass, season, water levels, atmospheric pressure, and the possibility of disease in the grass, all of which could affect the level and hue of color in the aforementioned grass but no one would really commit to saying the grass is green.

I’ve only got three questions:

I guess we’ll see. I suppose short-term I can’t complain - the stock’s jumped like $1.50 just today.

You damn rock star. You know all the basics, and if you got any wrong, I bet it was that stupid Traveling Wilburys question. Your friends are probably intimidated by your knowledge of classic rock and envy your impressive collection. When a classic rock song comes on the radio, you can probably identify it before the vocals kick in most of the time. You probably get good scores on the “maiden name of Clapton’s mom” tests, too. 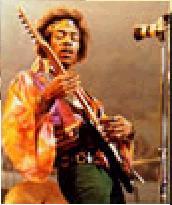 My test tracked 1 variable How you compared to other people your age and gender: You scored higher than 99% on notes

Wanna see how you fare? Check out The BASIC Classic Rock Test.