It’s official - Corillian is now a part of CheckFree. That makes me an “associate,” as CheckFree employees are called. Sweet.

There’s a meeting tomorrow morning to discuss more detail about what’s going on and the changes to come. I’m given to understand that we’ll keep the Corillian name (which means my work email doesn’t change, which is good because that’d just be a pain).

It’s an exciting time to be a part of the Consumer Banking team at Corillian. I look forward to what’s in store.

I’ve heard some whiny people complaining about how it’s hard to remember my domain name, so to make it easier I’ve registered some domains that will redirect you here:

So hitting http://www.travisillig.com should redirect you to http://www.paraesthesia.com. I even registered the .net and .org domains so you don’t have to remember the extension, you lazy bums. All you have to do is remember my name, and *bam* you’re here.

(I wanted “illig.com” but it’s some punk clothing manufacturer… and “tillig.com” is a model train company… so you get the full name.) 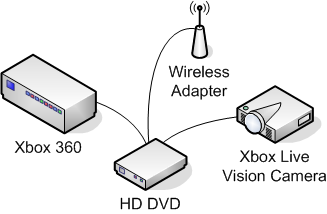 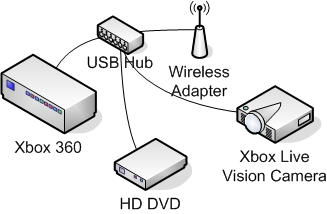 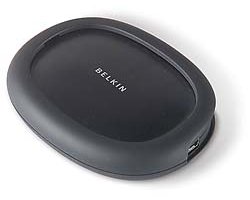 So I was out Sunday night through Wednesday night at MIX07, which was hella cool and well worth the trip, but that means I didn’t really get much chance to blog the random garbage that collects in my head, so here we go.

We bought this automatic light switch for the house that turns the exterior lights on and off. We wanted it timed so we wouldn’t have to have someone watching the house. Home Depot had two models - one was this sort of bulky-looking analog deal, and one was this slick, clean digital one. For $1 extra, we bought the slick digital one.

I’m not a big handyman around the house, but aside from some fairly minor technical difficulties and a cat that just would not stop stealing the screws to the faceplate, I got it installed. Configuration, on the other hand… wow. This thing could pilot the space shuttle by itself. I’m afraid I’m going to want to turn on the lights and I’m going to hear HAL tell me he won’t allow the lights to go on. It’s pretty cool once you get it set up, though. It knows, based on your general location in the US, about when sunup and sundown are, and you can tell it to automatically turn off at those times. Or, if you don’t like that, you have seven different programmable on/off times - one on and one off per day - that you can set. Or you can say “weekdays I want this, weekends I want that.” Or, or, or. It’s almost too configurable.

The automatic cat box worked out pretty well. I found it’s not really a no-touch sort of thing; it requires interaction every couple of days. But I can put up with that - it’s always nice and clean, and there’s a certain cool factor about it.

Jenn is hobbling around the house because she blistered her feet so bad walking around in Vegas. I feel bad for her, but I have to laugh - she rented a car while we were down there specifically to avoid walking around. That worked out well.

I’m stoked about Silverlight but I’ve got to finish converting my blog over to Subtext before I start screwing around with it. I also want to finish the CR_Documentor support for Sandcastle, which shouldn’t be overly difficult to do but isn’t very fun and will just be a time consumer. I’d release it to the world to help out on, but I can’t because there’s some proprietary stuff in there left over from the original Lutz implementation and there’s some crazy legal garbage stopping me. So I muscle through.

As far as the migration goes, I’ve got a BlogML converter to export my blog entries with, but I have to create a mapping between the pMachine entry IDs and the new Subtext IDs so I can put up a redirection mechanism to allow folks coming in using the old links to be forwarded to the new links. That’s taking a little bit. I was trying to write it in a nice, reusable fashion (the ID mapping tool) so I could submit it to… well, some project out there, anyway, but it’s taking far too much time to do that and since I’m really only going to use the thing once, I’ve got to scale back my effort and just get it done already. (Once I have that, I can write the redirector, update my cross-post links, figure out where my image content needs to go, and, finally, get Subtext up and going. Yeah, it’s an effort.)

I had some Barnes and Noble gift certificates saved up so I ordered Guitar Hero II for my Xbox 360. That should be here soon and should provide some serious fun. I didn’t get into any of the MIX07 Guitar Hero action, but I’ve played it in the store. I need to practice. The key really is all in getting used to the controller.

Speaking of Xbox 360, we finally got the points codes from the latest Red Ring of Death debacle so I’m going to spend some time tonight deleting and re-downloading all of our Xbox Live content so I don’t have to be signed in when Jenn wants to play an arcade game. They have to fix this. It’s ridiculous.

I got the Fergie CD The Dutchess and noticed a few things. First, the uncensored versions of the songs make a lot more sense than the censored versions you hear on the radio. I like the CD versions way better. Second, someone dropped the ball on the mixing. There are a couple of songs where Fergie’s voice stands out from the music in places like it doesn’t belong. It sounds… rushed. Third, and final, someone really needed to run QA on the language portion of the album. What the hell is “dutchess?” Is it ebonics for “more Dutch than anyone else” (as in “I know you’re Dutch, but I’m the Dutchess fool here”)? (“Duchess” doesn’t have a ‘t’ in it.) And in the first song, “Fergalicious,” they spell “tasty” as “tastey” - with an ‘e’ in it. What the…? Doesn’t anyone speak English anymore?

Our bad Jack cat is off getting declawed tonight and we’ll be picking him up tomorrow. The vet called with an update after the surgery was over and I guess he’s super wild and they can’t give him enough toys to play with. I guess the fentanyl patch he’s got on isn’t slowing him down a bit.

Jenn has become addicted to Hotel Dusk: Room 215. She picked it up before we left for Vegas and hasn’t put it down. It looks pretty good; I may have to play it.

I think that’s it. It’s been a heck of a week. Yesterday was pretty-much a no-op, trying to get expense reports filed and get back up to speed after being out of town, and today, frankly, I’ve had some severe motivational difficulties. Hopefully things will return to normal next week.

MIX07 - The PURE Party and the Morning After

Last night was the big mix-and-mingle party at the PURE nightclub in Caesar’s Palace.

I got there around 6:30p, a little after it started, and, after going through a TSA-style checkpoint to get in (I was actually relieved we didn’t have to take our shoes off), I got to start actually meeting some folks.

PURE itself is a pretty nice place inside with lots of little places to sit and gather and talk. Of course, that makes it a problem to find anyone specific you might be looking for because they could be hidden away in any number of little cubby holes. Good food, great drinks, decent music.

At one point The Pussycat Dolls came out and performed. It wasn’t the actual Pussycat Dolls (like, the ones that tour and put out albums) but the performance was the same and it was a lot of fun.

I spent most of the time hanging out with Joe Pruitt, Jon Galloway, Phil Haack, and Miguel de Icaza. Hanselman made the rounds, and toward the end of the night on the way out the door we bumped into Clemens Vasters and Michele Bustamante. I tried to find Atwood, but never seemed to cross paths with him even though he was there. I think I crossed paths with Anders Hejlsberg at one point but wasn’t sure and he seemed to be on a mission headed somewhere so I didn’t get a chance to say hi.

Around 9:45p they opened the club up to the general public, and while I planned on staying, the way they did it was by locking different sections down so if you left the section you couldn’t get back in, and drinks started costing upwards of $10 for a $5 drink. Thanks, but no thanks. Hanselman left, I left, and several other folks left (though I got a Twitter from Haack at 2:30a saying he was just then leaving).

All in all, a great party. I know where my conference registration fee went.

While that was good, the following several hours weren’t as good. The Venetian is under some level of construction, so they shut off the water to the rooms at midnight and scheduled the water to be back on at 4:00a. They left us bottled water to drink, but that didn’t stop me from having to get dressed at 3:00a, go down 20 floors, and cross the lobby just to go to the bathroom.

Oh, and water didn’t get restored until about 7:30a. Hot water showed up closer to 8:30a, which means I missed breakfast and most of my first morning session. Lame.

Anyway, I’m in a Silverlight development session now. I like what I see. Sounds like there are a lot of folks in a “programmable web” session, but since this is a two-part session, I didn’t want to miss the first part. I’ll have to watch the video of the programmable web session.