I’m not sure how I didn’t see this before, being over a year old, but I missed it until some friends of ours forwarded it along.  A little slow up front, but watch the whole thing.  It’s worth it. 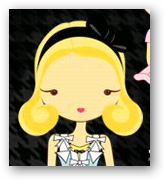 Okay, so from the department of “Really Weird Marketing Tie-Ins,” there’s a whole Gwen Stefani page over on the Hewlett-Packard site where you can print off Gwen Stefani stuff

I basically spent the weekend playing Bioshock, which is a worthwhile endeavor by any standards.  Jenn worked on Monday, so I had all day to spend running amongst the citizens of Rapture doing damage and harvesting ADAM.

In all seriousness, if you haven’t bought this game yet, just go out and do it.  I think the last time I got so caught up in the plot of something like this to the point of sort of surreal obssession was the first time I had a real-time 24 marathon.  I don’t think I’ve ever been so caught up in a game.  (Yeah, I’ll take a full week off for Grand Theft Auto, but it’s not like I’m caught up in it like this.)  Even Jenn was caught up just watching the thing.  She’s started playing her own way through.

Once you finish - and you must finish - some things will happen that make you feel a lot like the first time you saw The Sixth Sense.  You’ll be all, “Holy crap, I can’t believe I didn’t see that!”  Not only that, but choices you make during the game impact how things turn out.  All of that makes it such that I’m actually going to play it through a second time to pick up all the things I missed the first time around and make different choices so I can see how things change.

I won’t print any spoilers here because I’ve got a lot of friends working through the game right now.  Suffice to say, I’ve got a new high-water mark for games.  I don’t know how they would do it, but if they can whip out Bioshock 2 or some other game just as immersive as this, it’ll be on the “buy” list.

I think the only thing I’ve been disappointed by with the game thus far is the distinct lack of merchandise.  I want a Bioshock t-shirt and they just don’t exist.  That seems to be a pretty common desire, looking at forums out there.  There was a Threadless contest and they’ve got some community-created versions, but nothing official.  I wonder why 2K hasn’t stepped up to the plate on that. 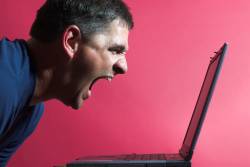 How Do You Test Thread Safety?

I’m all about testing.  I do my best to adhere to test-driven development (though, admittedly, sometimes that’s hard when you’re doing some experimental work just to see if something’s possible).  I even go as far as mocking full page request lifecycles to test controls and page behavior.

But say you have a little code block like this:

Standard lock/double-check stuff to ensure things only get initialized once.  Does anyone have a good way to test that?  A quick search of the net turns up… well, pretty much nothing.