We saw a huge increase in the trick-or-treat count this year compared to the previous years we’ve tracked.

Usually in the 7:00 - 7:30 pm time block we see a decrease in trick-or-treaters showing up; this year we saw a huge increase. We again ran from about 6:00p to 8:30p and that seemed to encompass the majority of visitors. There may have been some folks we missed pre-6:00p, but we had quite a lull after about 8:20p so shut it down at 8:30p.

Around the 7:00p time we ran dreadfully low on candy. With about 15 pieces left, Jenn hopped in the car and headed to the store, at which point a tidal wave of kids showed up and drained me of the last of the candy. I raided the cupboards and subsequent visitors drained me of all of my Indiana Jones fruit snacks and small packets of Swedish Fish that I nabbed from the candy jar at work. By the time Jenn got back (only 15 minutes later) I was into handing out my stash of chewy ginger candy, which is pretty spicy stuff that I’m sure caused some surprised faces on a few youngsters. (Sorry, kids, it’s all I had!)

I had a few favorite costumes that came by, but the three most memorable:

A banner year for trick-or-treaters this year. Next year I’m considering doing more than just the projector on the garage. I think Halloween falls on a Saturday next year, so I anticipate even more trick-or-treaters.

Since I’ve set up my Windows Vista Media Center, there are two things I’ve been working on fixing.

First, there’s some weirdness with my display resolution (TV runs 1366x768, computer will only do 1280x768), but I think that’s tied to the fact that I’m using DVI/VGA instead of HDMI to connect it. I’ll keep you posted on that. [UPDATE: Using HDMI fixes the display resolution weirdness. Recommended over DVI/VGA.]

Second, I’m backing up my Media Center PC every night with my Windows Home Server, but for some reason, while the PC will wake up so it can be backed up, it just wouldn’t go back to sleep after that. It’s not that it would go to sleep and wake up again randomly, it’s that once awake, it wouldn’t sleep unless I forced it back to sleep. That’s the problem I fixed.

While researching, I came across this great tutorial on fixing sleep mode problems in Vista that pointed me down some avenues I would never have thought of.

The solution to my sleep mode problems:

I don’t know if it was just one of those things that fixed it or the combination of several, but I didn’t have to turn off any of the abilities of the devices to wake the computer or mess with any other settings. Since I wasn’t sharing media from the computer (though I was reading from a shared media location), I don’t think it was that setting, and I can’t imagine reducing the times had anything to do with it, so I’m thinking it was the screen saver.

If you’re having Vista sleep troubles, check out that tutorial.

I love FxCop and static analysis tools in general. Anything that can help me write better, more standard and usable code that follows best practices is a great thing. I like running FxCop on any of my projects as part of the continuous integration cycle with all of the rules turned on.

Well, all but a select few.

See, while the out-of-the-box rules are great, there are a few that don’t seem to jive with almost any of the projects I’ve ever been on. Here’s the list of rules I don’t run, and a few I consider not running based on project needs and goals.

Every other rule I leave on, and for the most part I don’t exclude warnings - I fix the issue raised. In some cases it seems sort of stupid, but when the end product comes out, it’s consistent, maintainable, and consumable by others. Just the way I like it. 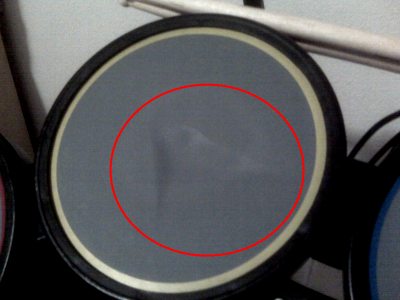 The shadow I circled in the picture above is actually a big dent in the pad. The underlying plastic is broken and the only thing holding it together is the rubber liner on top of the pad. Lame.

I’m seriously considering picking up the Ion Drum Rocker as a replacement since I’ve heard nothing but good about it, but I’ve also heard I should try out the new Guitar Hero: World Tour drum kit first. I have a party I’m going to in a couple of weeks where I’ll have a chance to try the GH drums, so I’ll wait until then to make a decision. Honestly, right now… those Ion drums are looking goooood.

I have been considering ways to add to my Vista Media Center experience and one of the things I’m interested in doing is adding YouTube and other online media sources so I don’t have to hop into a browser to see them. I haven’t tried it yet, but I came across Yougle Vista - a plugin for Windows Vista Media Center to integrate YouTube, Flickr, Apple Trailers, and several other online media sources right into the interface. Might have to try that out.