Bing released a Firefox With Bing addon, which prompted Scott Hanselman to tweet a bit: 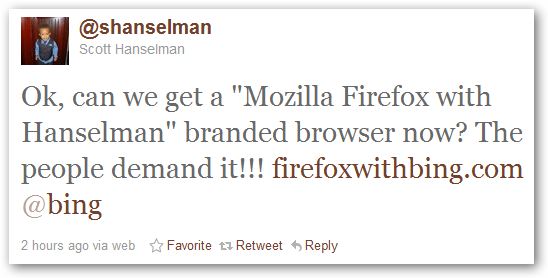 In response to the peoples’ demand, I present to you

This addon does pretty much exactly what the Bing addon does:

Free. No warranty expressed or implied. Works on my machine, etc.