Back on the week of October 11, Jenn and I dropped Phoenix over at Grandma and Grandpa Illig’s for a week and we went to Las Vegas. We’ve been to Vegas plenty of times and used to go almost yearly, but it’d been a couple of years and we were totally ready for a vacation.

We stayed atAria, which is one of the new hotels in the City Center development put up in the last couple of years. I totally recommend it. It’s located right in the middle of the strip between Bellagio and Monte Carlo. It’s very clean and has some nice restaurants and cafes as well. But the really sweet part is the room - total automation. You open/close the blinds, turn on/off lights, adjust the temperature and everything all through the TV or a little touch screen by the bed. When you walk in the room the first time, the room “greets” you by turning on the TV (which displays your names) and opening the blinds. There’s even a sweet A/V panel hooked up to the TV with every connector - DVI, HDMI, composite, component, USB - so you can hook your electronics into the system. The on-site wireless is good and is included with the room.

Oh, and we got a rockin’ city view room on the 33rd floor to boot. Love it. 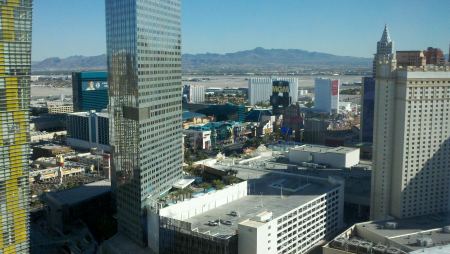 Since we’d been to Vegas a ton of times before, we were mostly interested in seeing what had changed and checking out a couple of our favorite places.

For example, we had dinner at Margaritaville, where we always get the nacho (Best. Nacho. Ever.), and we found they’d expanded it to be a restaurant as well as a significant portion of the casino in the Flamingo.

We also went to see the Lion Habitat at the MGM Grand. My dad and I had our picture with some lion cubs there years ago and the next time we went they were all grown up. It’s just fun to see the lions. 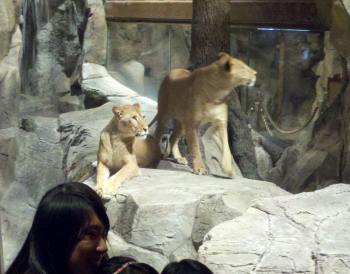 As for changes, The Sahara closed down, about which I have mixed feelings. It wasn’t like I hung out there or anything, but it’s a little piece of Vegas history dying. Plus, they had a fantastic roller coaster called “Speed: The Ride” which was well worth the money. Now it’s all boarded up. 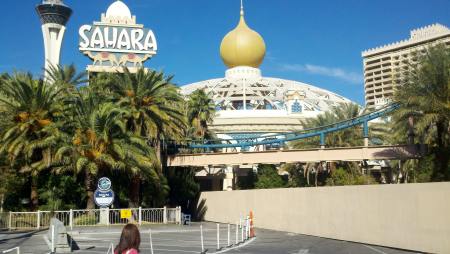 Another change is the set of stores. There seems to be a huge split between “stores affordable to normal humans” and “stores targeted to the 1%.” Pretty much all of the shops in Caesar’s Palace are high-end now, where some used to be places we could buy things (like FAO Schwarz). All the new shops in the Crystals at City Center mall are also ridiculously high-end, like those places you see have four pieces of clothing on hangars and that’s it. On the other hand, Ross Dress for Less has made an appearance on the strip. (I’m all for affordable, but I think this is a sign of the apocalypse.) 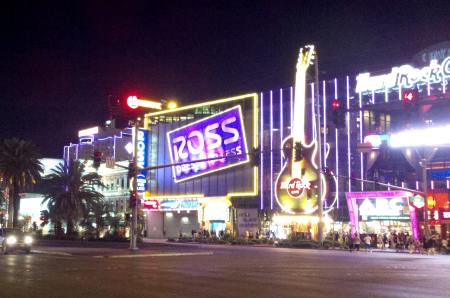 As for trying new things, we went to see The Beatles LOVE by Cirque du Soleil at The Mirage. WOW. You absolutely must go see this show. We’ve seen several Cirque shows, and they are all unique in their own way, but this thing was crazy awesome. I can’t even explain it well. Things were constantly happening. It was overwhelming and beautiful and fantastic. It didn’t hurt that we were right in the front row, either, so we felt like part of the show. (Especially when some set pieces landed on the floor at our feet!) 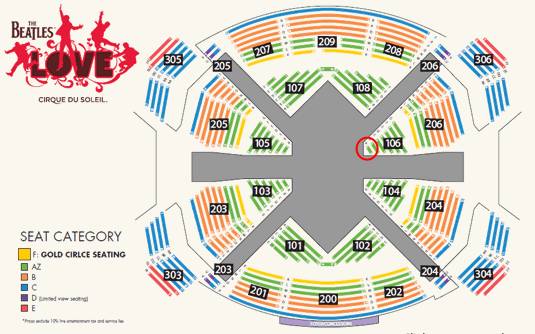 Finally, Vegas has a chain of places called Fat Tuesday that sells all nature of daiquiri and margarita flavor. We always stop in, but I’ve never gotten one of those big “yard long” drinks. I always say I will but I don’t. This time I did. 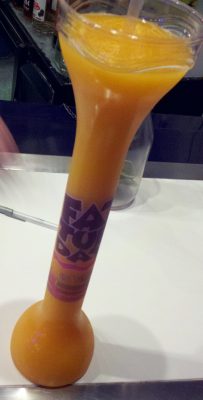 I didn’t go in for the 100oz “super yard” that comes with a neck strap, but I did get the 32oz “mini yard” which is actually closer to 18” tall… but it’s still a lot of drink when you consider it’s their strongest drink made with 190-proof grain alcohol.

Of course, I did take down two of these (over the course of two days) so maybe I should have tried the 100oz. Might have hit “Man vs. Booze” territory at that point, though.

We took a pedometer with us this time to see how far we walked. Here’s a table based on an average 2000-steps-per-mile:

Keep in mind the first and last day were travel days. The rest of the time, we walked our asses off.

So, a week in Vegas, we came back, and it’s back to normal life. Next time, maybe we’ll head over to the Palms/Rio area since we never quite make it there.

« Threw Away a Perfectly Good Saturday
Mozilla Firefox with Hanselman »