The Giving Of Thanks

Quite the weekend, considering it was four days long. I can’t say it was entirely restful, but I can say it was better than being at work. I think.

Thursday was Thanksgiving. It was pretty busy, too, considering it’s supposed to be you hanging out with your family. Unfortunately for me, that means two families - mine and Jenn’s.

11:00a saw Jenn and I at the local Hometown Buffet - all you can eat, anything you want. This is especially good for me, since I can’t stand turkey or ham. I ate my fill of baked fish while everyone else shovelled gamey disgustingness down their gullets.

After we finished eating at the buffet, Jenn’s parents gave her “part of her Christmas gift.” 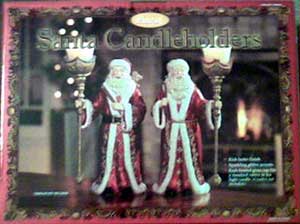 I appreciate that they were trying to do something nice, but there are a few problems with candleholders, particularly candleholders of this nature:

By 2:00p, we were 30 miles away from there sitting with my family at my grandfather’s house in Sandy. Having already eaten, Jenn and I pretty much just hung out during the dinner part of things and then ate pie when dessert rolled around.

I, of course, somehow got into the unavoidable “I need help with my computer” conversation, which I try like the devil not to get into but always seem to get sucked into anyway. I think it’s a combination of several key factors: I work with computers; I do stuff that I really can’t explain to the lay user; People want to have a conversation with me and don’t know what else to talk about, so they ask about work… and then it goes from there. I’m thinking I need to get into some common sport (hockey isn’t for these people, they’re -ugh- football watchers) so at least I’ll have something to talk about.

Hung out at Granddad’s for a few hours and headed home.

Friday Jenn worked, but I was off and I ended up going over to my parents’ house. My dad hauled 12 big boxes full of school papers, toys, and other things that they had saved over the years for us three kids, and they wanted to weed out the stuff we didn’t want. I ended up getting all of my stuff to fit into a single (sizable) box after throwing out loads of duplicates of things and a bunch of crap I’m not sure why we kept. It was an interesting blast from the past, though.

Some of the boxes that things were stored in were kind of neat, too. Remember the Commodore Vic 20? Here’s the box: 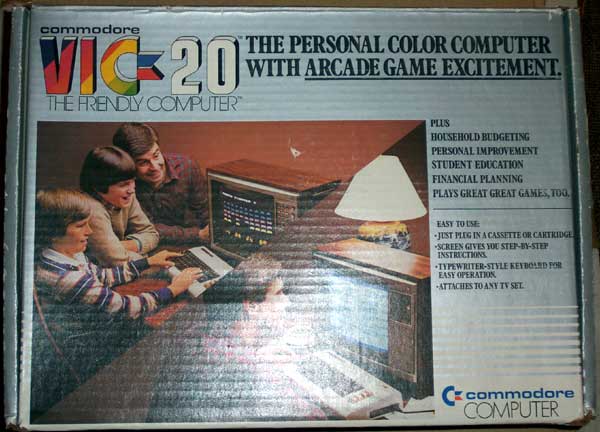 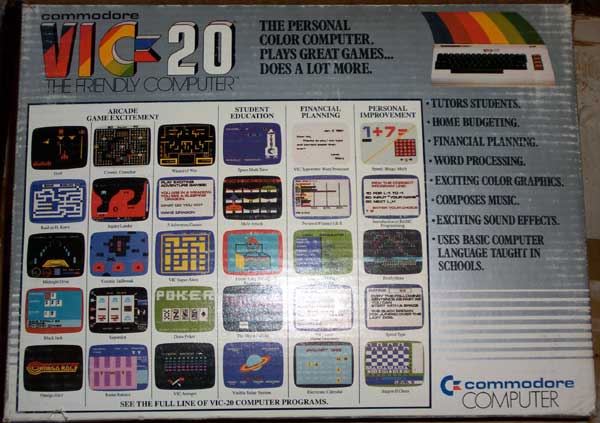 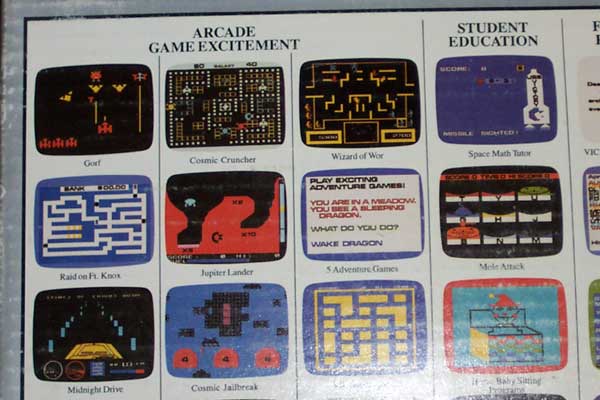 We had one of those, and then we ended up buying a Commodore 64 when the Vic 20 got stolen: 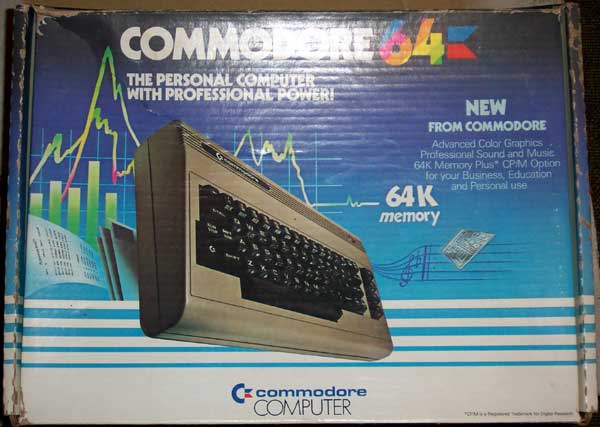 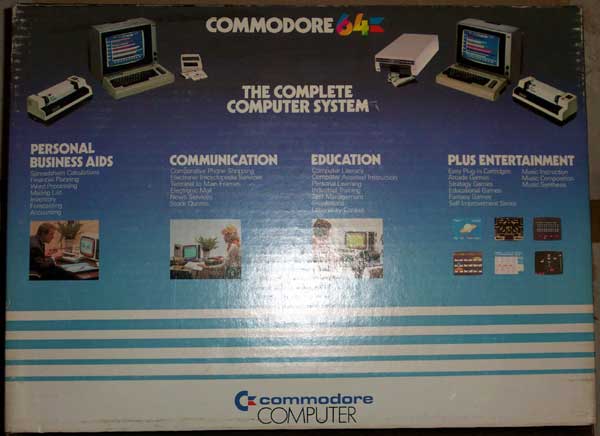 We also got one of the floppy disk drives: 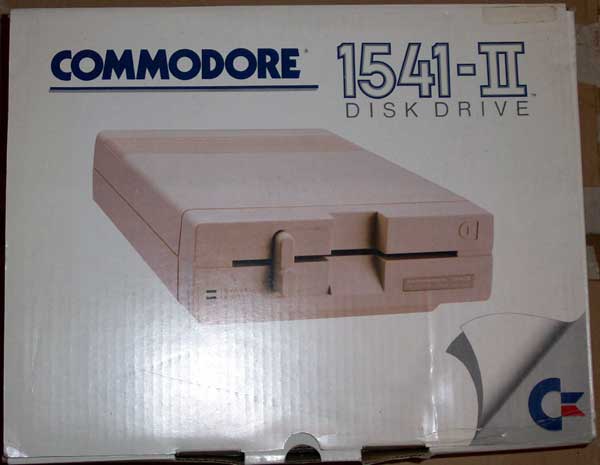 So that was sorta neat to see. (Those boxes have since been dumpstered.)

Saturday Jenn worked again, so I ended up doing housework and working on my blog here. Of my previous list of things I wanted to do, all that I didn’t get done was fixing the links between blog entries, updating my “about” page, and fixing the blurbs to do fancy popup thing I want them to do. The rest got done, though, and I think it’s much more usable, at least from an admin standpoint.

Saturday night I went to the Winter Hawks hockey game and watched us barely beat Seattle. It was also the “Teddy Bear Toss,” where, on the first Winter Hawks goal scored, you throw stuffed animals out onto the ice. The animals are then collected and donated to charities. This year they had 5,448 animals thrown, which filled up two pickup trucks and several dumpsters. It was pretty slick.

Sunday was spent doing things around the house for a while, then we went to the mall because we were bored. Not much going on at the mall. At at the Cajun Grill, which is, in my opinion, the best place in the food court. After that we went to another Winter Hawks game, where, once again, we barely won. Went home and watched Alias, which always rocks, and then went to bed and had a bad dream about zombies coming to kill me.

So the weekend was okay, though I would have liked to have rested more. Because Jenn worked over the weekend, I ended up doing her chores and mine, and that sucked a lot. I’ve got the last two weeks of the year off, though, and I’m hoping that’s a bit more restful.

« Indian Cuisine
Workin' In The Coal Mine »