I use Asset UPnP on my Windows Home Server to get my music streaming to my Xbox 360 and PS3. It’s pretty sweet, it’s free, and it’s easy to set up. The only thing missing from it is the various playlists I have in iTunes - Asset UPnP indexes your music, but it doesn’t go through iTunes or Windows Media Player, so your playlists don’t come along.

I did some searching and found a forum post that addresses how to get iTunes playlists into Asset UPnP, but I figured I’d expand on it a bit and give a better walkthrough.

Two important notes before we start:

Asset UPnP understands playlistsin the .M3U format. In its simplest form, that means each playlist is a text file where the path to the songs are each on one line.

Given that, there are basically two things you have to do:

So let’s do the first thing - get the playlists in .M3U format.

In Windows Media Player playlists are saved as .WPL files. You’ll find them in your “My Music” folder. To export the playlist as .M3U…

Now, here’s the pain in the rear part of dealing with it in Windows Media Player: When WMP saves the playlist, all of the file paths in the playlist are relative to the playlist. If you look in there, you’ll see a lot of stuff like “..\Aerosmith\Dude Looks Like a Lady.mp3” style paths. Unfortunately, the paths need to be absolute paths and point to the music on your Windows Home Server (or at least be relative to the Asset installation). On Windows Home Server, Asset UPnP indexes the music share at D:\shares\Music by default, so if that’s where your music is, it means “..\Aerosmith\Dude Looks Like a Lady.mp3” needs to be “D:\shares\Music\Aerosmith\Dude Looks Like a Lady.mp3” - absolute paths that Asset UPnP can understand.

The lame thing is there’s no way to magically do that. You’re going to need to open up a text editor like Notepad2 and do some search-and-replace action. I’ll not get into how to search-and-replace here; if you can’t figure that out, setting up playlists is definitely beyond your capacity.

In iTunes playlists are saved internally to the database, so you have to use a script to get them out. Fortunately, there’s a great iTunes Export program that will do the heavy lifting.

By now you should have:

Now you need toput your playlists somewhere Asset can find them. I put mine in the Public share on my Windows Home Server under a folder called “Playlists” (e.g., \\myhomeserver\Public\Playlists). (Note: If you are using iTunes Export, you can make your life a lot easier by mapping a network drive to this location so you can export your playlists directly to the shared destination.)

Finally,you need to configure Asset UPnP to find the playlists you just put on the server.

You now should be able to access your playlists through a suitable DLNA client. As it turns out, Xbox 360 does not support playlists, but Playstation 3 does. That’s not a problem with Asset UPnP; it’s a problem with the client. 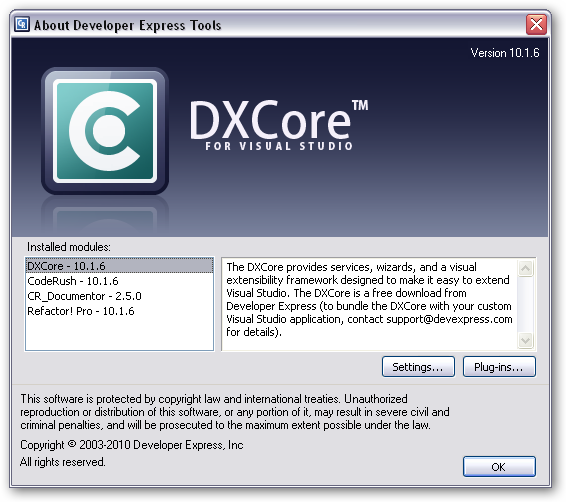 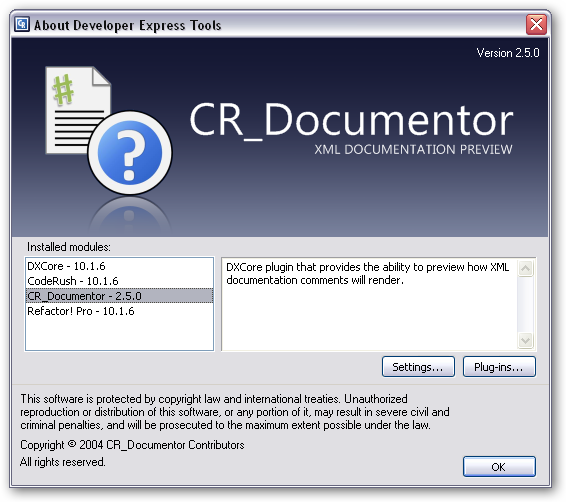 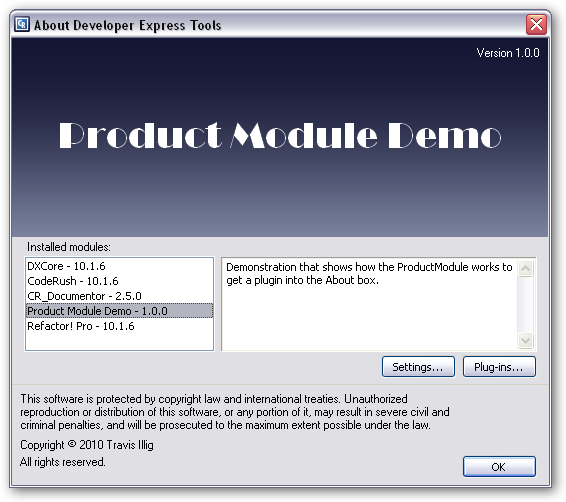 It’s been a while in the making, but the new version of CR_Documentor is out.

It took a while because I did two pretty major updates to it.

First, I totally overhauled the syntax preview generation so each preview style (NDoc or Sandcastle) uses the same syntax preview engine. As part of that, I added a bunch more testing and support for complex syntax like multiple type parameters with multiple type constraints per parameter. What? What does that mean? It means you can see stuff like this in your preview:

And, of course, it works in VB, too (which, based on the way Sandcastle does it, actually all ends up on one line…):

The other thing I did was add support for serving images and other files, so now when you look at the preview for a class and see all the members listed, you see the associated icons, too. Not a huge deal, but it does make the preview more authentic.

Hopefully that adds to you documentation preview enjoyment.

I know technology is fallible and I know my standards are probably far too high for things, but I find that once a technology or gadget has shown its imperfections to me by way of failing or misbehaving, I have a really difficult time being excited about it or trusting it again.

For quite some time I was absolutely addicted to playing drums on Rock Band. I’ve always thought I would be a decent drummer and while I know it’s not “real drums” it’s fun and fulfills that tiny dream. I bought the Ion Drum Rocker kit and totally rocked out. Until, of course, I found a problem during practice mode where hitting the yellow cymbal changes the tempo on you. After switching out the drum kit controller like three times with Ion Support (which, by the way, sucks), it turns out the problem is software-based. I also started noticing things start randomly misbehaving, like the kick pedal not registering (or going off by itself), hits not registering on the pads… and that turns out to be a funky combination of static buildup, needing to unplug the drum controller for a few seconds, and bad luck.

During the course of solving that problem, I honestly lost my feel for it. I don’t play nearly as often now, and it’s because I don’t trust the technology to behave. To do what it’s intended to do. Playing it has become a bit less fun and a bit more worry and stress over why it’s not working.

Last week I got a Droid X. Love it. Had a bit of a weird issue where the speakers suddenly lost volume but fixed it by a simple power cycle. Then we went to the Oregon Coast Aquarium this past weekend and I noticed that there’s a flaw with the camera CMOS censor such that in darker shots there’s a noticeable magenta spot, like there’s something on the lens. Suddenly, I’m slightly less trusting, and slightly less enamored with it. I still like the phone, but I find I’m not tinkering with it or messing around with it as much since I saw that.

I stopped at the Verizon store and I’m getting a replacement unit, so it should be fixed when the new unit arrives in a day or two. It’s just… I hope I don’t lose my passion for it. My enthusiasm. It’s shown me weakness, fallibility, and it’s going to take some time for me to trust it again.

I am, admittedly, a perfectionist. I hold myself to very high standards and “it works” is generally not good enough. I’m thinking, though, that even if “it works” is good enough, there’s another question to be asked: is it trustworthy? Can I trust a product or service not to break in the middle of an operation? Even if a product isn’t super-feature-rich, if it does one thing and one thing really well, I’m fine with that.

Reliability is high on my priority list. Is it high on yours?

Saturday at the Aquarium

Every year for Jenn’s birthday we take a trip to the beach with some friends of ours. This year we decided to go down to the Oregon Coast Aquarium in Newport.

I took several pictures that I’ll have to post later, but I did get a nice video of the Passages of the Deep exhibit where you walk under the various fish. This particular video shows the sharks in the exhibit.