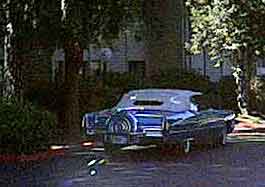 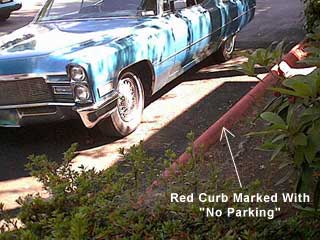 Marty has come up with some interesting rants on his site that are definitely overdue, Marty being the person he is. Some I agree with, some I don’t; some arguments are convincing, some aren’t; some blame is correctly placed, some isn’t. Regardless, I’m glad Marty’s decided to “stir the pot,” so to speak, because it’s his trademark inflammatory nature that I’ve looked forward to seeing since he started his site. I may just come up with some rebuttal arguments to his entries when I get time. Until then, check out his site, then discuss in the forum. We’re hoping to get some good debate action going on in there.

I’m the devil and I’m here to say I’m the most evil rapper in the USA All my homies and my bitches say “Ohhhhh!”

I’ve finished the last lab of the class, I’ve filled out my course evaluation, and now there’s only a final review to do and that’s it. I’m going to go ahead and post so I can high-tail it out of here when it’s over.

I got here about 10 minutes ago, but had elevator problems.

See, the stairs are locked on the ground floor until 9:00a. Class starts at 8:30, so that’s not going to cut it. You have to use the elevator.

There are two elevators. They unlocked ONE of them at 7:45a. The other one is still locked now. Every time I called an elevator to go up, the LOCKED one showed up. For the life of me I couldn’t get the unlocked one to appear.

Eventually someone came DOWN in the unlocked elevator, so I was able to snag it before it disappeared on me again. Argh, how annoying.

Didn’t really do much last night other than park in front of the tube. Cleaned a little, cooked some dinner, that’s about it.

Done with review of yesterday and lab.

Lab time. This time it’s on XML Web Services, which I took the week-long course for, too. It’s a good review, but I’m still waiting for the last couple of chapters on configuration and security.

Done. The next section is on managing state and should be a good one. This is where it starts getting interesting.

Done with the lab on session state. This was actually a pretty good section and filled in several gaps I had on state management.

The next section, I believe, will be even better - configuration and deployment.

I couldn’t help myself - I bought some of those “Natural Cheetos” I was mentioning the other day. They’re actually pretty good - they taste a lot like SmartFood popcorn.

I got an email from my boss saying something along the lines of “When are you coming back? We miss you.” I replied that basically I’ll be back but am reluctant due to the disgusting commute and the lack of desire I have to work on the project I’m currently assigned to. His response to that was that maybe I should change my drive time to better accommodate the traffic.

For those unfamiliar with Highway 26 in Portland, it’s a four-lane highway (two lanes each direction) that extends from downtown Portland to Hillsboro where all the high-tech jobs are located. Regardless of which direction you travel - into Portland in the morning or into Hillsboro - the commute is awful. All the time. Seriously. You can get on the road at, like, 10:00a - the rush hour should be over, right? - and it’s packed. The schedule is something like this:

So the alternative, then, is for me to work 8:00p to 5:00a, which isn’t really an alternative because then I have no social life anymore. I can’t win.

The real answer, as much as I hate to admit it, is to live closer to work, or at least somewhere such that I don’t have to drive Highway 26. I like living where I do, and I hate the Hillsboro area, but I don’t see any decent alternative other than that. Quit, maybe. But then I can’t pay for stuff, and that’s not good.

I’d also accept not having to work on the project I’m assigned to as a viable solution. I’m really sick of it and am tired of constantly battling with things to make them work. It’ll be nice to finish, but in all honesty, even once it’s “done,” I don’t see that I’ll be able to escape the maintenance and administration of the beast.

They definitely don’t pay me enough for this.

I just tried to buy one of my own shirts from my Junk Store, but the Microsoft Internet Security and Acceleration Server (the stupid proxy) keeps fucking up the page that CafePress is trying to send me.

One more reason proxies are a huge bitch.

Guess I’ll do that from home.

They don’t even talk about it in the ASP.NET class I’m in. They talk about the file-copy method, but don’t even refer to setup projects.

Oh, and I thought of one other way I could maybe be happier at work - half days. Getting out early enough to get stuff done in the evening is huge for me. It makes me feel more alive.

Okay, last lab of the day.

I forgot to mention earlier that this weekend I went to Safeway and picked up this soda called “Red Twist.” It tastes just like red licorice. That may sound gross to some of you, but I’m sucked in. It’s awesome.

I got my credit report last night because Jenn had received a free one and saw a bunch of stuff that probably shouldn’t be there, so I got concerned. I ordered the 3-in-1 version from Equifax which shows you all of your information from the major three credit reporting agencies. Luckily, everything on mine was pretty much up-to-snuff. There are a couple of discrepancies I have which I will dispute - for example, I had a credit card with a company that ended up going out of business and that credit line still shows as “open.”

Also, I scheduled my next test - MS070-320 Developing XML Web Services and Serviced Components with Visual C# and the .NET Framework - for this coming Monday at 11:30a. It’s scheduled for two and a half hours; let’s hope it doesn’t take that long.

We’re almost done with the first section of the day, which was an overview of ADO.NET. For those in the cheap seats, ADO.NET was the three-day in-depth class I took last week, so I can’t say this wasn’t a bit slow for me. What really got me, though, was the guy in my class who was also in my class last week… I think he was sort of “playing dumb” because he was quiet whenever the teacher asked any question, and I know we went over this stuff.

It got me to thinking that in classrooms everywhere, there are two major roles that get played. There’s the teacher, who will always ask questions of the class and actually expect to get an answer. Then there’s the student, who will never offer an answer regardless of whether the answer is known. I wonder why people do that - sit silent when they can answer the question. I don’t; I’ll answer, but then it seems like I’m the only one ever answering anything, so I start getting quieter and quieter so I can give the other students a chance… and they never take it. How irritating.

My mom emailed me and it seems that the table I thought Fred Meyer carried - a bar-height table to go with some nice bar stools - was ony a figment of my imagination. So I guess I’ll continue looking and will probably end up with the Bordeaux Bistro Set I saw this weekend online.

Looking at the next section, I see that we’ve got another ADO.NET review. Well, I guess my game of Spider Solitaire will just be improving…

We’re finally done with the ADO.NET chapter, and it’s lunch time before the lab. Whew. It’s been pretty slow, and I’m ready to get up and go.

Got the “nacho beef bake” at the store today. For being $8 a pound, this is the best thing I’ve had from there so far. Pretty tasty. I only got half a pound, but I could probably have eaten a whole pound if it hadn’t been so expensive. Maybe I’ll have to get that again tomorrow. I think it’s going to give me heartburn, though.

Something else I forgot to mention: I played the demo for Soul Calibur II on PS2 this weekend. Loved it. It’s a fighting game similar to the DOA series that I like, where you don’t have to remember 30,000 different button combinations to get things done - you have “vertical attack,” “horizontal attack,” “kick,” and “block.” I think I can figure that one out. I may have to pick it up. Folks say it’s one of the best fighthing games ever, and from what I’ve seen I tend to agree.

Done with the lab. Seems that several folks stayed through lunch and finished it up, so I guess I’m about even with them now. That’s okay, maybe we’ll get out early again…

Looks like the next chapter is more ADO.NET. I understand why they have an overview in every class - it’s important stuff - but we seem to be dwelling on it in here WAY more than any other class (other than the dedicated ADO.NET class that I just took).

We’re a full chapter ahead today. We had the option of leaving early or going through another chapter, so we chose another chapter so we can try for a half-day Friday. I think we’ll still get out pretty early, and that’s just fine.

Oh boy. This chapter starts out with “What Is XML?” The end gets into some good stuff, though.

We’re about halfway through this chapter and we’re starting to get to the good stuff. We’ll probably leave the really good stuff for tomorrow, though.

We’re at the last lab for the day. I guess we’re going to do it tomorrow, so I’m outta here. Which is fine; it should take about 10 minutes to do it.