My Karma's SO Building Up

Okay, so we all know that my 300 pound carpet weight is coming back on Tuesday and there’s not a damn thing I can do about that. (I’m going to try talking to Magnolia, where I bought it, but I’m doing my best to just move from the depression stage into acceptance.)

I went this weekend to rent a couple of movies down at Mr. Hygiene’s video store where I have the monthly video pass - I can have two movies out at a time for however long I want and I can rent as many movies I want in the month. The pass is good only for that specific location, even though the rental chain is country-wide. Fine. I got a note in the mail a week or so ago (conveniently like a day before they renewed my membership for the month) telling me the price of the monthly pass was going up. I was willing to accept that - it’s not a budget-breaker by any means, it’s just annoying.

Anyway, I went to rent a couple of movies and it turns out the location I rent at is closing. Today (Monday) is the last day for rentals and they’re transferring my membership “automatically” to their sister location a few miles down the road.

That’s a problem. The shop we were renting at was just on the edge of convenient as far as location. Moving my account for me to the next closest location a few additional miles down the road doesn’t help things. If it weren’t for the fact that they don’t refund partial months’ account fees, I’d go down there and cancel right now. Thing is, I rented two movies for $25 this month and I don’t feel that I’ve gotten my money’s worth. I’ll probably cancel anyway and just eat the $25.

From a karma standpoint, I must be getting ready for one hell of a second half to this year. This first half has sucked.

I rented the movie Closer this weekend. I wasn’t real hot on checking it out, but there wasn’t much else that looked interesting at the time and, hey, it has Natalie Portman in it, so how could I say no?

Loooong story short, the movie went like this: Natalie Portman, a stripper, randomly meets Jude Law, a writer, while crossing the street in London. They fall in love. Time passes. Jude Law gets his picture taken by Julia Roberts and somehow during the shoot they fall in love, but Julia’s reluctant because of Natalie, so nothing happens. Jude Law decides the best way to get back at Julia for not condoning his cheating on Natalie is to get in some sex chat with Clive Owen, pretend that he’s Julia, and convince Clive to go meet Julia. Clive meets Julia and they fall in love. You following this? Eventually you find out that Jude and Julia have been dating behind Natalie and Clive’s backs, respectively, and that everyone is lying to everyone else. Ridiculous fumbling about ensues and, in the end, Jude’s single, Natalie leaves London, and Clive and Julia are together.

I can see why the critics loved this movie. They always love movies like this. Movies based on poor communication. Movies that want to seem intellectual by trying to get you to think about the role that lying plays in even the most intimate relationships. Movies that you can imagine preppy folks leaving the art house and heading over to the local indie coffee shop so they can discuss the philosophy of this and the concept of that, generally making them feel like they are better people for having seen it.

(For reference, comments on the film at IMDB include descriptions like “thought-provoking,” “multidimensional,” and “rawly realistic.” I think the avant-garde film audience needs to step away from their computer terminals for a bit.)

Here’s what I got from this movie. First, don’t cheat on your significant other - it only leads to bad news. If you do cheat, just get it out there - maintaining the lie only seems to make it worse later. And, lastly, if you’re a liar and you lie about something really important (like your name), you’d better make damn sure no one’s going to find out about it.

In all, just pass. I mean, I love Natalie Portman and pretty much see everything she’s in… but I feel like I’d rather have spent the time watching The Professional again than have the pretentiousness of Closer waved in my face.

The End Is Near

I got a phone call yesterday from the TV repair shop. I’m not sure what changed between a month ago when they said it was “unrepairable” and yesterday, but now the TV somehow “meets factory spec.” How does that work? It’s out of whack enough to warrant a new CRT, but when the problem doesn’t go away it becomes factory spec?

The ultra-fishy part is that several times the repair shop guy claimed that the “warranty company’s western district service representative agrees it’s in factory spec.” As far as I’m concerned, the warranty company should have NO SAY WHATSOEVER on whether the product is within spec, so the added information that some district rep agrees that everything’s kosher is alarming. Not unsurprising, though - it means they won’t actually have to make good on the warranty. “Factory spec means we won’t have to pay? Looks factory spec to me!”

So they’re delivering the TV back to me, in its current condition, this Tuesday. Anyone want a 40” Sony XBR CRT TV? Going cheap - any offer/best offer. Otherwise it’s probably going to be donated to Goodwill or the Salvation Army so I can get the tax write-off. Seriously - folks who aren’t as picky as I am may not notice what I’m seeing. Only caveat is that you have to arrange the transport of the thing. Any takers, email me or leave a comment. Contact information is in the left column at the bottom.

Beyond accepting delivery, there’s not much I can do. I could file a Better Business Bureau claim or report them to the state attorney general, but everyone is technically within the legal bounds of their contracts. All I’d end up looking like is a whiny customer who didn’t get their way. It all boils down to what Sony claims is “factory spec.”

As such, I propose instead an open letter to Sony:

At one time in my life, I had potentially the largest brand loyalty with Sony that anyone could have with an electronics manufacturer. I felt it was worth paying extra for the name and the inherent reliability of the Sony products. My original CD player was Sony and it lasted 10 years before giving up the ghost - that’s like seven years longer than the average/expected lifespan of a CD player. I couldn’t have been happier.

With that brand loyalty in mind, I purchased the KV40XBR800 - the largest tube on the market, and a beautiful set. I’m a video perfectionist, and it provided the perfect picture clarity and precision that I was looking for.

Two years after purchase, I moved. Within a year of the move, the TV started exhibiting strange behavior - odd color shifts, distorted images… out of the factory warranty, I used the extended warranty I had purchased.

Long story short, even after replacing the CRT in the television, the strange behavior persists. I learned that this behavior adheres to “Sony factory spec” and the television will not be repaired because it meets said spec.

It’s hard for me to believe that the “factory spec” for a high-end electronics product like my television is so low. Had the picture looked like this in the store, I’d never have purchased the set.

I’m now stuck with a 300 pound carpet weight and have to buy a new TV. I’m looking into the LCD models - models that won’t distort the way the CRT-based sets do - and I’ll be honest: Sony is not in the running. I can’t afford to pay the extra price and take the chance on the set again, particularly if factory spec is at the sub-par level it sounds like it is.

With that and the PSP debacle recently (units have to have 13 dead pixels to be out of factory spec? even a single dead pixel is absolutely unacceptable, particularly in a handheld unit at that price), I have lost faith in Sony. In all honesty, I’m not sure there’s a way back for me, beyond your making good on the promise of a high-end TV that I paid money for - a TV that lasted two years and now needs replacing. However, somehow I don’t see you sending me a new LCD TV.

Thanks for the good times, Sony. Too bad they’re over. -T

A while ago I was looking at password management options and came across the Mandylion Labs password token/keychains. I thought they were pretty cool, but the price point on them was a little high for what I was hoping to spend at the time.

Recently, the president of the company (who left a comment on my previous blog entry) contacted me again and we started talking about the future of password management, what people today decide to trust (and what they don’t), and so forth, and he mentioned that, while their newer models are light-years better than the original/older versions, he happened to have one of the older ones he could send me to play with. 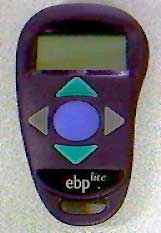 Enter the Mandylion Labs ebpLite. Very simple five-button interface (just like the newer models), securely stores 20 passwords, has the ability to auto-generate passwords, remind you when passwords expire… Pretty slick, if I do say so myself.

Admittedly, the five button interface takes a bit of getting used to. Certain key combinations do certain things (navigate through menus, enter account data, etc.) and it takes a couple of seconds running through the quick start guide to really get it going. Once you’ve gotten over that hump, though, the benefits of the thing totally take over. Running a super-secure environment? Tell it to irretrievably destroy its contents when a user fails to unlock it correctly. Got certain password complexity requirements? Set up an auto-generation password schema so next time you need a new password it will generate one for you that meets all the requirements.

Pretty crazy the amount of stuff you can fit into such a small package. And this isn’t even the latest model.

They sell a newer model over at ThinkGeek, but the price point is still a little steep for the average end user. I’ve heard they’re going to have a more consumer-oriented model at a lower price point soon. Definitely something to look into if you’re still in the stone ages keeping your passwords written on sticky notes attached to your monitor or floating unsecured around your PDA. 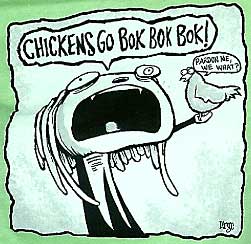