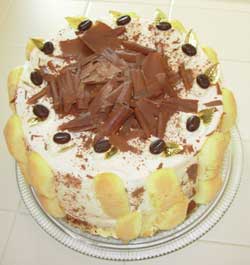 I have to have one of these. A USB hub that looks like a working self-destruct button? Who doesn’t need one?

Saw The Devil Wears Prada on Sunday. I had heard it was good from a couple of friends and I wasn’t disappointed.

Normally I’m a summer blockbuster sucker. I saw Pirates of the Caribbean and had a great time with it. This was a fantastic break from overblown special effects and computer imagery.

Anne Hathaway (who is totally on my list) plays Andrea, a new college graduate looking for a job in journalism. She gets a job as the assistant for the ultra-demanding editor-in-chief of a Cosmopolitan-style publication, played by Meryl Streep.

The movie plays out somewhat predictably, but that makes it no less entertaining. Both Hathaway and Streep play their characters wonderfully, and you soon overlook the predictable plot and care about the characters regardless.

The soundtrack is also pretty good. It’s got a peppy, light, jazzy feel to it that makes you feel sort of “summery.” I picked up a copy after the show.

A light, fun movie, it was the perfect distraction on a Sunday afternoon. You don’t have to see it on the big screen, but you won’t feel like you were cheated out of your matinee money if you do.

In preparation for the wedding, Jenn and I are running around registering for stuff. We don’t need a lot since the house is pretty well set up already with appliances and such, but we do need silverware that didn’t come as a mismatched set from Goodwill and we want new, nicer dishes.

The problem is most standard dish sets are these heavy, clunky things that look like rejects from a beginning pottery class and make me feel like I’m in kindergarten.

For a while I considered just eating on fine china every day (why not?), but the thing stopping me is you can’t put most fine china in the microwave. I don’t need oven-proof dishes, but they do need to be dishwasher- and microwave-safe. Enter the notion of “casual china.”

To that end, we went Saturday to Macy’s and registered for some awesome kate spade casual china from the Gramercy Park collection. Not the standard five-piece sets, though, since we never use saucers and rarely use teacups, so we custom crafted a set together. They’re pretty sweet.

That was pretty much the high point of the weekend. Planted some stuff in the backyard. Saw The Devil Wears Prada. Cleaned stuff up. The usual.

Next weekend is my birthday, so I should probably figure out what’s going on for that…

I should probably add this to my Interaction Preferences entry, but I’ll throw it in here for now.

In the last week or so I’ve been running across some particular email things I absolutely hate: