Get Rid of Auto Dialers

We’ve been getting a lot of stupid pre-recorded calls for election-related crap lately. I’m tempted to follow this advice on Slashdot about how to sue the people making those calls.

We rang in at 155 last year, but this year we had 162 trick-or-treaters show up at our door looking for candy.

I think we had far fewer “too old for this” kids, and I didn’t run into any lippy ones this year. Here’s the breakdown time-wise:

The 6:00 - 7:00 hour was our most productive, with the block from 6:30 to 7:00 topping us out at 59 kids. I thought about trying to tally kids by age group and time, but it’s too hard to tell with the costumes on and the kids come in far too fast for any accuracy beyond a basic count.

I wore my Joust costume and the kids seemed to like it, but the parents loved it. Comments included “You’re my hero!” and “That’s the greatest costume ever!” One dad stooped down to address his kids and explain the merits of classic arcade games right there on my front porch. I claim that as success.

A couple of folks told me they had seen a costume like mine earlier in the evening. Is someone out there reading my blog and ripping off my ideas? Bastards. (That said, what the hell else would you do with an inflatable ostrich costume. Kind of obvious what it lends itself to, isn’t it?)

We, again, didn’t run out of candy this year, so it looks like two big Costco bags will work. We didn’t know how far it would go, so from 6:00

It’s Halloween once again, and this year I went as a knight from the 1982 video game, Joust. 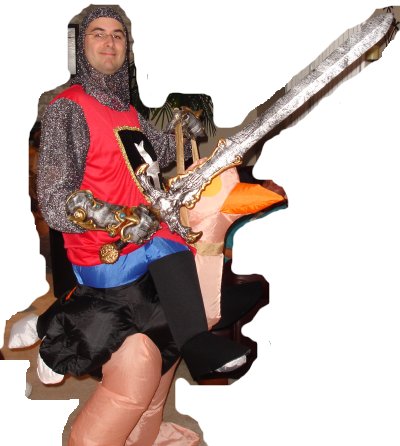 I’m pretty stoked with this one, especially considering it came together so quickly. I didn’t have a chance to make anything this year with the wedding and such, so I had to put my costume together from all store-bought bits.

Earlier in the month I had thought about being a Joust knight and making the ostrich, but it was too much work for this year. Then when we got back from the honeymoon, I hit Party City and holy crap they make an inflatable ostrich costume. Sold.

Picked up the knight costume separately (also from Party City) and the gauntlets and sword are from Target. (They don’t sell lances, which is understandable from a safety standpoint but does make things a bit less authentic.) I think all told I did spend about $80, but come on, it’s frickin’ Joust.

Won the “most original” award at the party I went to on Saturday and got “coolest” costume at the contest at work today. I’d say that’s a success. I think I’m going to wear it while handing out candy to the kids tonight. Of course, none of them will get it because the game is from 1982, but maybe their parents will get a kick out of it.

We had 155 trick-or-treaters last year so we bought more candy this year. We’ll see how many we get. 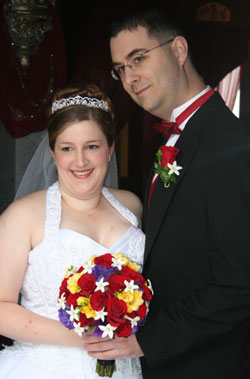 The ceremony was held at the beautiful Empress Palace at noon, followed by an on-site reception with some of the greatest food ever. If you’re thinking about getting married, do it at the Empress Palace - the staff there is amazing, and the price can’t be beat for the loads of stuff that comes in the package. And go with Premiere Catering for the food - it’s awesome (I can’t tell you how many positive comments we got about how great the food was, which is key - crappy wedding food makes a lame wedding).

After the reception, I, Jenn, and some close friends and family went back to our place for leftover cake and conversation, gift opening, and general celebration. It didn’t run too long, though, as early the next morning Jenn and I left Portland for Aruba.

I’ve never been anywhere before, and when I say that, it’s not hyperbole. I’ve never been to Canada or Mexico. I’ve been to Hawaii once, a long time ago, and to Washington DC even longer ago than that (so long ago I barely remember). Other than that, I’ve stayed on the west coast of the US. For the honeymoon, Jenn and I figured we should break out of that, so we went for Aruba. 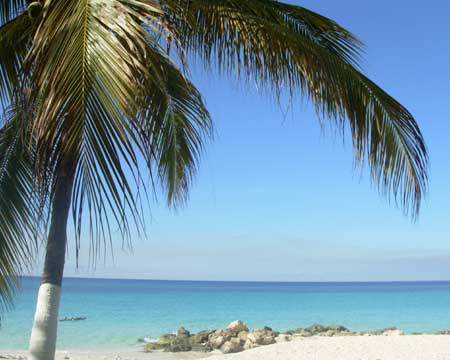 We flew first class on Continental Airlines, which is also a first for me, and I have to say I’ll never fly anything but first class again. It’s not just the seat size, it’s the service. Suddenly you’re a person. Doesn’t hurt it’s all-you-can-drink mimosas in the morning, either.

Aruba is wonderful but hot and humid. I’d never really grasped the whole difference between “wet heat” and “dry heat” before, and having been to Las Vegas several times, I thought I understood heat. I was sooooo wrong. Aruba heat - humid heat - is a whole different beast altogether. It really just takes it out of you, and I can see why island cultures like that shut down business for two hours midday and just don’t open on Sunday. You have no energy.

Iguanas run around on Aruba everywhere. Walking down paths at the resort (we stayed at the Divi Aruba All Inclusive), it was hard to avoid stepping on all the baby iguanas running around. Full-grown iguanas are out there, too, but they stay more clear of the paths. That’s something Jenn and I never did get used to - just walking around and seeing an iguana sitting out in the middle of everything. 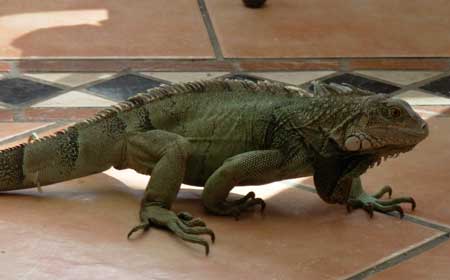 We took the local bus (the “Arubus”) from the hotel to the nearby city of Oranjestad a couple of times ($2US round-trip per person), both times proving to be exciting and educational. The bus in Portland has clearly marked stops so you know where to get off and get on; the Arubus is more a situation where the driver lets you off wherever you want, and if you want to get on, you just hang out into the road and flag the bus down.

Oh, and it rained every day we were there. Not much most days, but it did rain. One night it rained so much our room flooded (about a half-inch of water on the floor). That was pretty crazy. The manager told us they weren’t really prepared for rains like that. They had a pump that had to drain the swimming pool because it overflowed. The entire island was on some odd “alternate schedule” because of the rains. The buses ran on different roads because the main roads had water knee-deep on them. It was pretty crazy, but didn’t ruin the trip. Rather, it made it more of a story to tell. I’ve never seen rain like that. 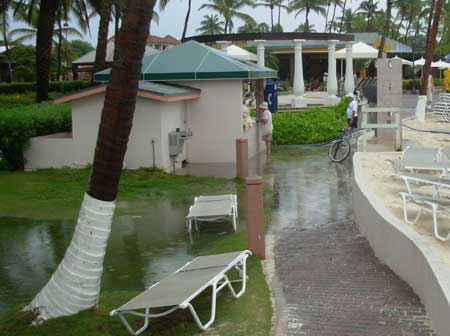 All in all, we had a great time for six nights in Aruba, but we’ve decided that we’re not “do-nothing-but-relax-on-the-beach” kinds of people. We loved visiting and wouldn’t mind going back for a three or four night stay, but we really are weak when it comes to heat tolerance and we need to be entertained.

I think the next vacation will be to a big city like New York. Or maybe we’ll hit Washington DC now that I’m old enough to appreciate the things to see there. Regardless of where we go, we’ll be in first class. It’s the only way to fly.

As far as the marriage is concerned, I don’t think it’s really hit me yet. Jenn and I have been together for like six and a half years now, so getting married didn’t really change much. The novel stuff is in helping her change her name on her paperwork and updating my paperwork to reflect my new marital status and her name. When I get back to work, I’ll have a lot of insurance-related stuff to update. Probably in a year, when it’s our “first anniversary,” then I’ll really “get it.”

Regardless, it was great, and I’d like to thank all the folks - close friends and family - who were able to make it to the wedding and share our day with us. We had a great time, and we hope you did, too. 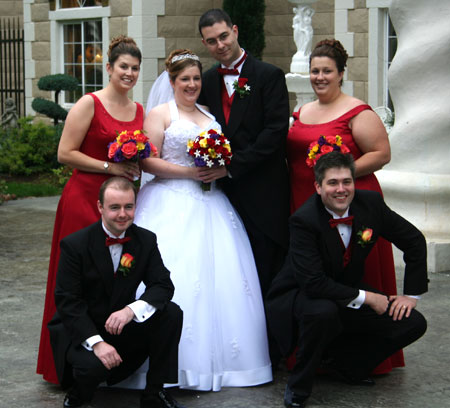 There is a set of plugins for CruiseControl.NET out on SourceForge that lets you serialize tasks. Handy for those long-running resource-intensive operations that need to run exclusively of other instances of the same operation (like automating UI windows during test).

I haven’t tried them yet, but they look cool.