For those using my little assembly strong name reading tool, I:

Free for the taking!

Pragmatism Is Not An Excuse To Avoid Work

When you’re working on a software project, there are times you’re faced with decisions:  Do I implement this functionality or not?  Do I add this feature or not?  How far do I take the feature I’m working on?

Since you’re trying to ship product, sometimes you have to take shortcuts in the name of pragmatism.  What will get me to a shipping state faster?  Decisions get made on the YAGNI (You Ain’t Gonna Need It) principle:  If the functionality doesn’t get me to the goal, I won’t implement it.  In an agile environment, this can sometimes mean “If this doesn’t get us to the goal of the end-of-sprint-demo, add it to the backlog.”

This is generally not a bad thing.  After all, you want to be successful, and success is meeting your goals and shipping.  That said, you have to use this as a general guideline, not a hard and fast rule.  You have to adapt your view of what pragmatism means in light of current circumstances.

For example:  While it isn’t something that can be demonstrated at the end of a sprint to a business user, setting up your source code repository structure and other infrastructure items (build server, etc.) is not generally something you can put off until later just because it’s not demonstrable.

Another example:  If a change to the codebase has half the team in a non-functioning state, it’s probably not OK to push forward on development until the whole team is productive again, even if it’s only a week until your demo and even if it means you might not make the goal.

In some cases, you may have to adjust your sprint goals.  That’s what it means to be agile - to be able to adjust and accommodate change, not use the principles as a crutch.  If you’re demonstrating the UI of the application and you don’t have a solid deployment mechanism, that’s probably OK.  On the other hand, if it’s only building on your local development machine and the rest of the team can’t get it to work, that’s a little less OK.

Don’t use pragmatism as an excuse to avoid work.  Let common sense prevail.

We went out last night to see Transformers for my birthday.  I had heard from some friends that they liked it, so I went in sort of interested and came out feeling like this was the coolest thing ever.

The idea is that the Transformers are robots from another planet that have come to Earth in search of an energy cube called the All Spark that gives them life.  If the evil Decepticons get ahold of it before the friendly Autobots do, the world’s in serious trouble.

Yeah, it sounds sort of lame.  But it really wasn’t.  For people even mildly interested in sci fi robot movies, I really don’t think you’ll be disappointed.  There was all of the robot battling and transforming you would expect to see - it was an effects extravaganza.  Lots of action, as expected from Michael Bay, and at no time did I feel like I was bored or losing interest.

For fans of the cartoons it’s even better.  They got Peter Cullen, the original voice of Optimus Prime, to do the voice in the movie and it’s definitely something you notice.  When he whips out the “Autobots! Roll out!” you get the shivers of positive childhood memories.  They throw in a couple of references to “More Than Meets The Eye,” too, which is cool.  (When they say it, listen to the theater crowd.  The people who snicker are the kids who grew up in the 80’s.)  And if you paid close attention to the names, you’ll even notice that the original show had characters with the last name “Witwicky” (the main character in this movie was “Sam Witwicky,” played by Shia LaBeouf).

The human actors (funny that I have to qualify that…) are also pretty good.  Shia LaBeouf is a great high school nerd character and Megan Fox plays a popular high school girl character.  Both are very entertaining to watch.  Josh Duhamel plays an Air Force captain and does a great job, too (I’ve only ever really seen him on Las Vegas).  You have to imagine Duhamel saw the script and didn’t even read it before accepting - no child of the 80’s could pass up the chance to be in a freaking Transformers movie.  No way I could.

At the end we clapped, because, you know, the actors can hear you clapping in the theater.  I think that’s actually how you know you liked the movie - you feel like clapping at the end.  Jenn claims to have been slightly disappointed because they didn’t play the original theme from the TV show at any point, but besides that, they gave us everything we wanted.

I definitely got my money’s worth and I’m hoping this hits HD DVD sooner rather than later.  Good times. 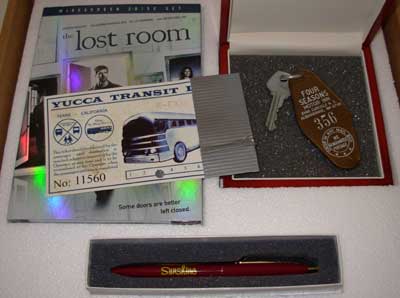