Windows and Linux Docker Containers: Side by Side!

Working in an environment of mixed containers - both Windows and Linux - I wanted to run them all on my dev machine at the same time if possible. I found some instructions from a while ago about this but following them didn’t work.

Turns out some things have changed in the Docker world so here are some updated instructions.

As of this writing, I’m on Docker Desktop for Windows 2.0.0.3 (31259) Community Edition. The instructions here work for that; I can’t guarantee more won’t change between now and whenever you read this. 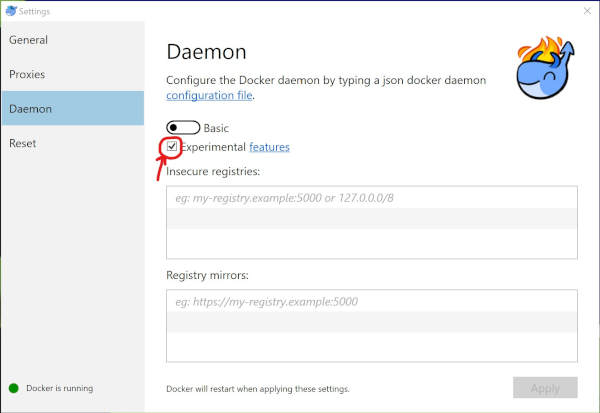 The big key is to specify --platform as linux or windows when you run a container.

Open up a couple of PowerShell prompts.

In one of them, run docker images just to make sure things are working. The list of images will probably be empty if you had to switch to Windows containers. If you were already on Windows containers, you might see some.

In that same PowerShell window, run:

This is a command-prompt-only version of Windows Server. You should get a C:\> prompt once things have started up.

Leave that there, and in the other PowerShell window, run:

This will get you to an Ubuntu shell.

See what you have there? Windows and Linux running side by side!

Type exit in each of these containers to get out of the shell and have the container clean itself up.

Again, the big key is to specify --platform as linux or windows when you run a container.

If you forget to specify the --platform flag, it will default to Windows unless you’ve already downloaded the container image. Once you have used the image, the correct version will be found and used automatically:

If you try to run a Linux container you haven’t already used, you may get a message like this:

no matching manifest for windows/amd64 10.0.18362 in the manifest list entries

I’m not sure on the particulars on why sometimes --platform is required and sometimes it’s not. Even after removing all my container images, I was able to run an Ubuntu container without specifying platform, like some cache was updated to indicate which platform should be used by default. YMMV. It doesn’t hurt to include it, however, if you try to use --platform on another machine it may not work - you can only use it when experimental features are enabled.

I’ve found since working in this mixed environment that there are things that don’t work as one might entirely expect.

Unrelated to mixed containers, it seems I can’t get any container to connect to the internet when I’m on my company’s VPN. VPN seems to be a pretty common problem with Docker on Windows. I haven’t solved that.

It appears there’s still a lot to work out here in mixed container land. You’ve been warned.