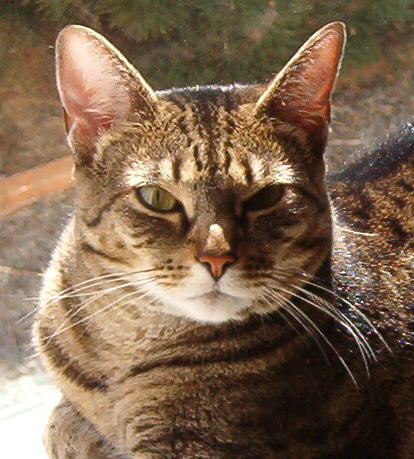 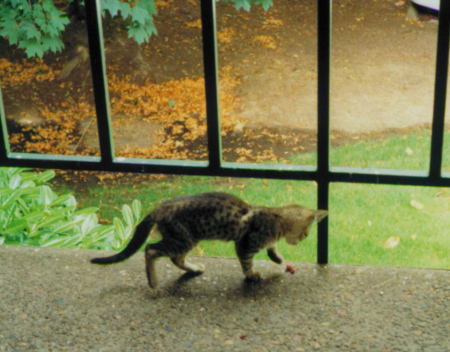 She was very playful. You can see she’s messing with a flower on the balcony. Later, she’d end up hanging from the wall just off the balcony, having been chased there by our cat, Semper, and would eventually fall into the bushes below. (She was just fine. A little scared, but no worse for the wear. And she definitely didn’t learn her lesson.)

She was enough trouble that we couldn’t just let her roam free her first few nights at home. We kept her in the bathroom instead. We made a bed for her in the sink and she loved it. 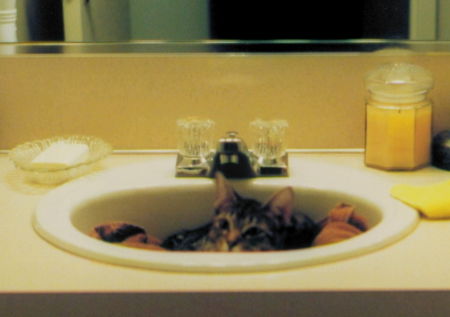 I think keeping her in the bathroom sort of affected her long-term. She loved the bathroom. If you were in there, she needed to be in there. She’d wrap string around the base of the toilet, she’d drink out of the sink… even after we moved and she was much older, she’d still get in the sink to sleep or play. 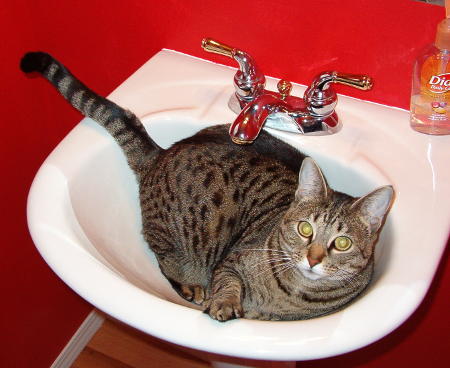 There are a lot of bathroom stories to share. She’d come in and climb into your pants while you were… uh… doing your business. You could yell for “Pooping Cat” and she’d come to that. I’ll stop there, you get the idea.

So naughty. Always in exactly the place you needed to get and totally not interested in moving. 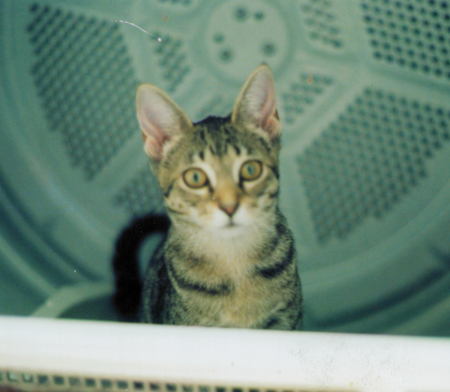 Her favorite toys were those foil/mylar balls that made crinkling noises and anything with tassels on it. She didn’t really wrestle or do that thing some cats do where they roll over and kick with their back feet. She was more of a “grab and bite” kind of cat. 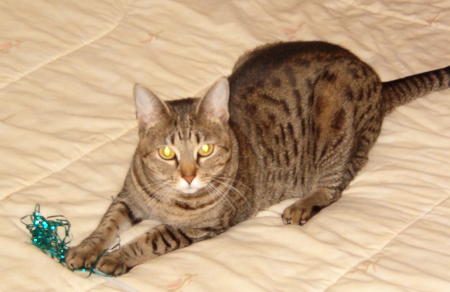 She mellowed out a little with age and loved to sleep in the windowsill or on the floor in that one spot of sun that would come through. She didn’t fight over much, but she’d totally push the other cats out of the way to get there if needed. 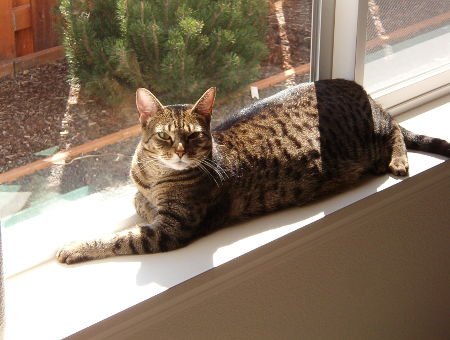 When my daughter, Phoenix, was born, Xev was there from day one to be the watchful mother cat. 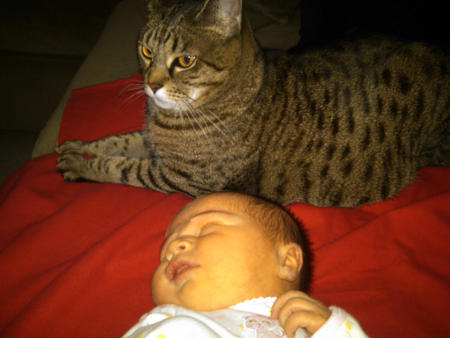 Our other cats were friendly to Phoenix, but they never really played with her or cuddled with her. Xev… Xev was Phoenix’s older cat-sister. They were best buddies. 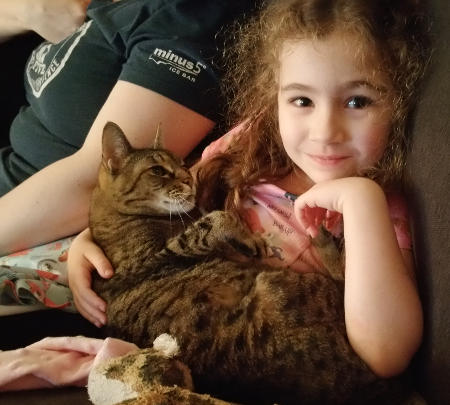 As you can see, Xev loved being held like a baby and getting her tummy rubbed. She’d purr so loud that if you were watching TV you could barely hear your show.

This past weekend we noticed Xev had basically stopped eating. She looked a bit thin, but she was drinking. We didn’t think much of it because she was always sort of a “free spirit” and did what she wanted when she wanted. However, after a couple of days of not eating, we really noticed how thin she was getting and that she was becoming pretty lethargic.

I took her to the vet to get her checked out and we found she was in the later stages of kidney failure. She had apparently been headed downhill for quite some time and had masked it really, really well. By the time any real symptoms showed it was too late.

Even the doctor noted that she didn’t look 15 at all. I agree, she aged very well. Her coat was beautiful, full, and clean. She smelled clean. She was so active, even up until that last day.

We made the decision to let her go instead of forcing her through painful treatments that may or may not have actually prolonged her life. I wanted her to live a good life without suffering.

She was my catbaby for 15 years and I loved her more than I can say. 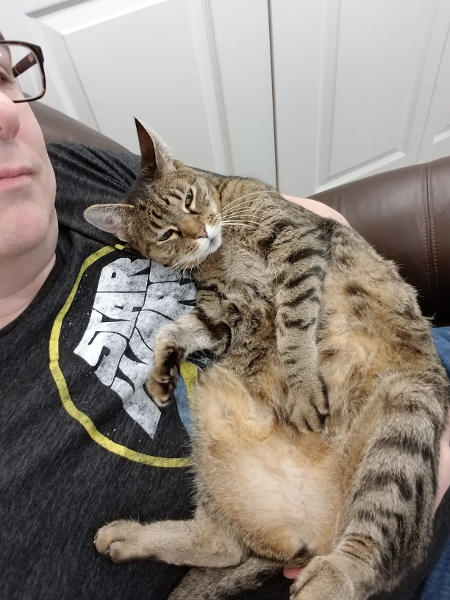 Goodnight, Princess Xev. We will miss you forever.