I find that I’m blogging less due to services like Twitter that let me blurt out truncated, incomplete thoughts and flush them from my mind without fully forming them. That, plus the breakneck pace work has taken since I returned from paternity leave, plus general malaise (in some cases) has yielded a bit of a blog drought. I won’t apologize for not blogging because I hate that. I just haven’t done it, and that’s that.

I do have some smaller, not fully-formed thoughts that I haven’t blasted out in other forms, or maybe have tweeted about and dropped, so I figured I’d flesh some of those out here. Maybe relieve a bit of the psychic weight of that “to-do” list, as it were.

I sent out a request (over various media) for suggestions for over-the-ear headphones that don’t pinch your ears. I got a few good suggestions, but I should have explained requirements. Of course, that’s hard to do over Twitter in 140 characters, so:

I ended up getting a cheap pair of Sony MDR-XD200 headphones. $22 at Amazon at the time of this writing. I’m wearing them now, as I write this, and they seem reasonably comfortable. The bass is a little light in them, which, I’m sure, could be rectified by purchasing a more expensive, higher quality set of headphones. For work, for now, these will do.

If you find you’re being asked to do something that has no logic behind it no matter which way you slice it, it’s probably politically motivated. Think about it.

My wife, Jenn, who is awesome, proved she understands comics. I have some sitting on my bedside table (stuff I’ve not read through yet) and she was dusting. She moved the comics, dusted, waited quite some time to ensure there was no residual Pledge hanging out, then washed and dried her hands prior to replacing them. Like I said - awesome.

We still can’t really figure out which one of us my daughter, Phoenix, looks like. It’s a common source of conversation for relatives, and I entertain it well enough, but I really don’t care. Who does she look like? I have no idea. You know what I do know? I know she smells like me. If I let my hair grow long (which turns out more “big” than “long”), fail to wash my hair, or don’t put gel in my hair one day, my head has a very distinctive smell. You can smell my pillow and know which one is mine. Anyway, Phoenix’s head smells like me. So out of a room of identical kids, I’d still be able to find mine blindfolded. I think that’s pretty awesome.

Speaking of Phoenix, we have noticed she is far easier to feed when swaddled or otherwise incapacitated. If her arms are free, the bottle gets close and suddenly she has this Incredible Hulk strength and the arms fly up in front of her face into a sort of impenetrable forcefield that makes it impossible to actually get the bottle to her mouth. Move one arm and the other arm compensates. I totally can’t wait until she has some semblance of muscle control.

I’m pondering getting a Kindle. From what I’ve seen, I’d probably end up getting the smaller Kindle rather than the Kindle DX. I’ve done some research on e-readers and based on price and my general use case, I think the Kindle would work out nicely. If anything, it’d help me determine how often I use an e-reader. Eventually I want to get an iPad (on which I would use the Kindle app for reading), but given my propensity to constantly tweak things, my budget, and my Android-based phone, I think a Kindle is a good start.

I am thinking about getting a sound bar for our game room. Right now we have a full home theater system up there (receiver, game systems, TV, etc.) but the speakers I have up there are these giant towers that are nearly impossible to place reasonably given the room layout. That and my lack of ability/desire to start running wires all over leave me either with a wireless setup or a sound bar. I know you audiophiles will get up in my grill about sound quality and immersion and I know. I hear you. It’s just, again, a wire and size issue. Perhaps a decent set of satellite speakers and a throw rug would also answer the question, given that a decent sound bar costs more (in some cases) than an equivalent satellite speaker system with a subwoofer. 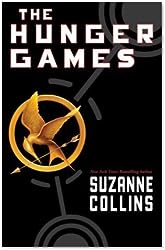 I have been reading The Hunger Games based on the recommendation from just about everyone and it is a very compelling read. It’s the first book I’ve been sucked into in a while. I suppose that sort of pegs me as one of those people who doesn’t read complex stories or try to expand their reading level. You’re probably right. I don’t think the comics in The New Yorker are generally funny (which doesn’t mean I don’t understand them, just that I don’t think they’re funny); I don’t agree that most of the “classics” you’re forced to read during school are worth spending the time and effort on; and when I read for fun I don’t really want to have to expend a ton of mental effort to try and figure out what the book is trying to say. I want to have fun, relax, and escape for a while. If that means I end up reading books that show up in the “teen” section of the bookstore more often than not, well… so be it.

I [still] hate Facebook. I hate that most of the comments people leave on there have “LOL” somewhere in them, overused to the point it has lost meaning and is almost more punctuation than anything. I hate that people won’t actually send you a damn email when they have your email address and instead will do some “post to your wall” or “Facebook message” bullshit. I hate that people will leave entirely unrelated comments on things (e.g., post a picture of a house plant and get, “Hey, didn’t see you over the holidays. How was your Christmas?”). I hate that people pretty much abandon spelling, grammar, and punctuation, especially given Facebook doesn’t have the message length limitations Twitter has that would otherwise require the abbreviations and shortcuts. Yeah, I could go on all day about how much I really despise it, even amidst its obvious ubiquity on the net. I’m sure there will come a day when “Facebook” equates to “internet” for people the way that “the world-wide web” currently generally equates to “internet” for people. Get off my lawn, young punks.

I have been told by various relatives and friends that I should write a book. I’ve considered it. It’d be something you find in the humor section that has random stories and rants and sells 150 copies total. There are actually several reasons I haven’t.

Anyway, no book. Maybe later in life, in retirement, when it won’t matter anymore. I’m sure there’s a market for that story about the wedding that had the midget in the cowboy outfit. Just not quite yet.