I posted last week a short discussion about whether mock objects are too powerful for most developers. The question originates based on the impression that people may use mock objects in an incorrect way and effectively invalidate the unit tests they write. For example, using mock objects you might actually set up a test and mock out a system state that will never actually be reached. Not so great.

In the end I came to the conclusion that it’s more of an education thing - as long as the person using the tool has a full understanding of what they’re doing, mocks are a great thing.

I used a couple of mock frameworks and then came across TypeMock, a mock framework for .NET that has significantly more power and features than other .NET mock frameworks out there. I instantly fell in love with it because it not only made mocking so easy with its natural syntax and trace utility (among other things), but it has the ability to mock things that many other frameworks don’t - calls to private methods, constructors, static method calls, etc. 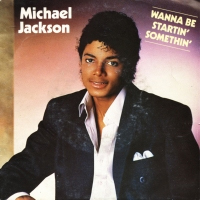 That’s where the debate really heats up. There are effectively two schools of thought - “design for testability” and “test what’s designed.”

In the “design for testability” school, a lot of effort goes into designing very loosely coupled systems where any individual component can be substituted out for any other individual component at test time. The systems here are generally very “pluggable” because in order to test it out, you need to be able to swap test/mock objects in during the unit tests. Test driven development traditionally yields a system that was designed for testability since unit tests have to cover whatever’s coded.

In the “test what’s designed” school comes at it from the other direction. There’s a notion of what the system needs to do and the software gets written to do that, but unit tests are generally written after the fact (yes, shame, shame, shame). “Pluggability” is specifically crafted into the places it needs to be rather than anywhere. Test driven development hasn’t generally worked for systems like this.

In some cases it’s a religious argument, and in some cases it’s not. Miki Watts picked up my post and you can tell there’s a definite trend toward “design for testability” there. He argues that my mocking example isn’t valid - that proper design might have dictated I pass around an interface to the factory and mock the factory’s interface rather than mocking the static call to the factory to get the desired behavior in testing.

Eli Lopian (CTO of TypeMock) picked up my post as well as Miki’s post and argues that the lower coupling of the code (passing around the interface to the factory - an interface that didn’t previously need to exist and that consuming classes really shouldn’t know/care about) lowers the cohesion of the code.

I won’t lie - I’m a “test what’s designed” person. The thing that I always come back to, that the “design for testability” folks can’t seem to account for, is when API is a deliverable. The code needs to look a certain way to folks consuming it because the customer is a developer. Sure, it’s a niche, but it’s a valid requirement. If I design for testability, my API gets fat. Really fat. I have interfaces that only ever get one implementation in the production setting. I have public methods exposed that should/will never be called by consumers wanting to use the product.

My experience has shown that it’s also a pain to be a consumer of products architected like that. Let’s use a recent experience with CruiseControl.NET, the continuous integration build server. That thing is architected to the nines - everything has an interface, everything is super-pluggable, it’s all dependency-injection and factories… amazing architecture in this thing.

Ever try to write a plugin for CruiseControl that does something non-trivial? It’s the very definition of pain. The API clutter (combined with, granted, the less-than-stellar body of documentation) makes it almost impossible to figure out which interfaces to implement, how they should be implemented, and what’s available to you at any given point in execution. It’s a pain to write for and a pain to debug. The architecture gets in the way of the API. 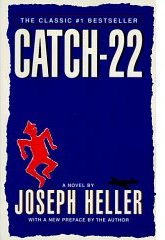 Yeah, you could make the “internals” of the product designed for testability and throw a facade on it for consumers of the API. You still have to test that facade, though, so you get into a catch-22 situation.

Enter “testing what’s designed.” You have a defined API that is nice and clean for consumers. You know what needs to go in and you know what needs to come out. But you can’t have 150 extra interfaces that only ever have a single implementation solely for testing. You can’t abstract away every call to any class outside the one you’re working on.

The problem with “testing what’s designed” was that you couldn’t do it in a test-driven fashion. The two notions were sort of counter to each other. With a framework like TypeMock, it’s not - I can keep that API clean and move to a test-driven methodology.

How do you test various settings coming back from ConfigurationSettings.AppSettings? Say the setting needs to be parsed into a System.Int32 and if there’s a problem or the setting isn’t there, a default value gets returned. You’ll want to test the various scenarios, right? Well, in that case, you can overwrite the app.config file for each test, which isn’t always necessarily the best way to go because putting the original app.config file back is going to be error prone… or you can set up an intricate system where you spawn a new application that uses your class and has the specified test configuration file (waaaaay too much work)… or you can mock the call to ConfigurationSettings.AppSettings. In this case, I’m going to mock that bad boy.

Let’s say you disagree with that - either you don’t think you need to test the interface implementation or you should go down the intricate temporary application route: More power to you. Seriously. I don’t think “not testing” is an option, but I also have a deadline and writing a bajillion lines of code to test a one-shot interface implementation is a time consumer.

On the other hand, let’s say you agree - that mocking the call to ConfigurationSettings.AppSettings is legit. That sort of negates the need for the one-off interface, then, doesn’t it? From a “you ain’t gonna need it” standpoint, you’ve then got an interface and one implementation of the interface that really are unnecessary in light of the fact you could just call ConfigurationSettings.AppSettings directly.

But if it’s okay to mock the call to ConfigurationSettings.AppSettings, why isn’t it okay to mock a call to a factory (or settings provider, or whatever) that I create?

Miki also calls me out on testing abstract classes: Speaking of abstract classes, I don’t think they should be tested as a seperate part in a unit test… abstract by definition means that something else will inherit from it and possibly add to the default behaviour, but that class on its own will never exist as an instance, so I’m not sure where mocking comes into the picture.

Let’s use the .NET framework as an example. Take the class System.Web.UI.WebControls.ListControl - it’s an abstract class. It doesn’t stand on its own - other classes inherit from it - but there is some specific default behavior that exists and many times isn’t overridden. From the above statement, I get the impression that Miki believes every class that derives from System.Web.UI.WebControls.ListControl has its own obligation to test the inherited behavior of System.Web.UI.WebControls.ListControl. I feel like this would create a lot of redundant test code and instead opt to have separate tests for my abstract classes to test the default behavior. That releases the derived classes from having to test that unless they do specifically override or add to the default behavior and it allows you to isolate the testing for the abstract class away from any given derived object. But since you can’t create an abstract class directly, you end up having to create a dummy class that derives from the abstract class and then test against that dummy class… or you could mock it and test the behavior against the mock. Again, the easier of the two routes seems to me to be to mock it.

Maybe Miki is right - maybe I don’t get the idea of unit testing or the benefits that come from them. That said, using success as a metric, somehow I feel like I’m getting by.