I’m not much for kids, regardless of whose they are, and this weekend found me at Jenn’s niece’s sixth birthday party, so there really wasn’t a huge smile on my face.

It took place at Jenn’s grandma’s house in the trailer park out in Canby. Actually it wasn’t at her house, but at the community center at the “hub” of the bustling retirement community. 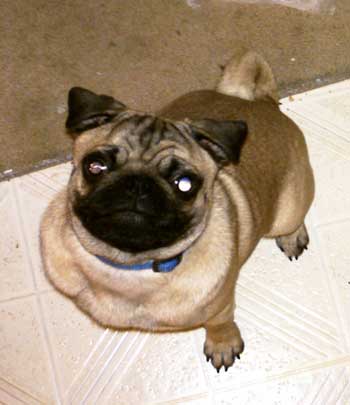 I don’t really like dogs, but this dog was cool. Absolutely out of control. No way could I have let it into my house, but it was fun to play with while we were there.

After that we headed across the street to the community center where the festivities were beginning. The festivities consisted of Jenn’s sister cooking take-and-bake pizzas and me sitting and waiting for something to happen. Kids (and their parents) slowly drifted in, Jenn’s relatives started showing up (Jenn’s dad had to show me the cop car - er, Ford Crown Victoria - that he bought… yet again confirming that I hate American cars) and the party was underway.

Once some pizza had been pushed in our faces, gift-opening time rolled around. Seeing as how this was a six-year-old’s birthday, the more kids that showed up, the rowdier the guest of honor became until eventually she was actually climbing on the table with the presents. Her mom told her to get down, at which point, just before opening gifts, a small tantrum was thrown. 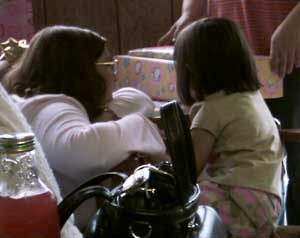 Gifts were opened, yada yada yada (yes, you can yada-away the details of a six-year-old’s birthday), and then it was game time. Rather than pin the tail on the donkey, they had two games. The first, for the boys, was “Pin The Tail On Spirit The Horse,” you know, from that movie. The second game was something like “Pin The Horn On The Pussy Pink Unicorn” for the girls. I’m not sure about you, but even for a girl’s game, it was pretty gay. 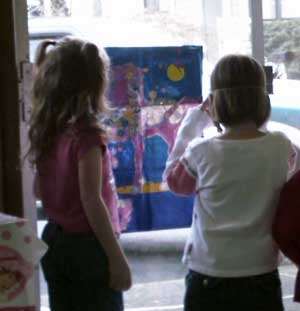 And thus went the party. Nothing really happened of import. I think Jenn’s uncle’s face says it best: 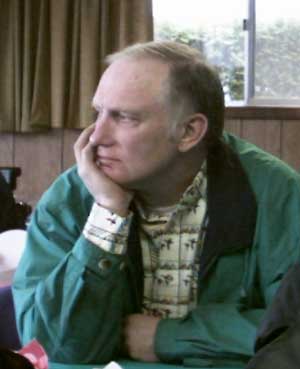 And that, as they say, was that.

The evening really improved as I went to a hockey game and watched our asses get beat six to one. Does it get any better than that? I didn’t think so.

Anyway, all that, combined with the failure house hunting and my altogether too stressed out situation at work had my weekend all screwed up. Hopefully yours was better than mine.