I wasn’t originally taken with the whole Harry Potter concept. I mean, a children’s book about magic and stuff… doesn’t sound too appealing. I decided it wasn’t worth the time.

But then I saw the movie.

I was not disappointed.

I won’t go into the whole “no series has sucked me in like that for a long time” rant. You’ve heard it all before.

What it did spawn, though, besides that, was a series of Legos that are really cool. Miniature Lego Harry and Hermione? How can I pass that up?

Of course, there was a huge run on them during the Christmas season, so while I got a couple of sets for Christmas, when I went back to the store to complete my collection, they were sold out. I ended up successfully ordering them online, with a few of the sets backordered.

I finally have all the sets now.

I set them up at work in my cube. They look pretty good, and I put them all together to make one giant set just like in the pictures on the box. Yeah! I dug it so much, I decided some photos were in order. Since I only have a crappy little webcam, the pictures aren’t too great, but they’ll do. 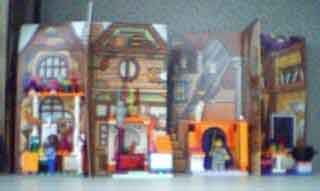 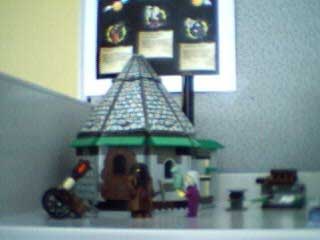 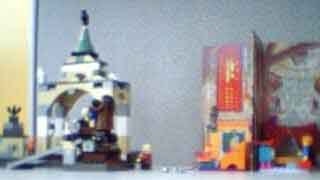 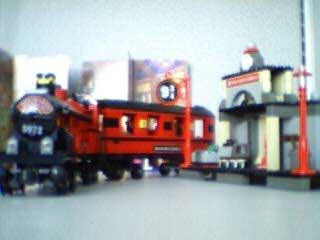 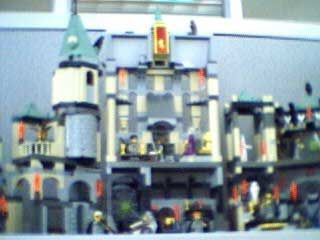 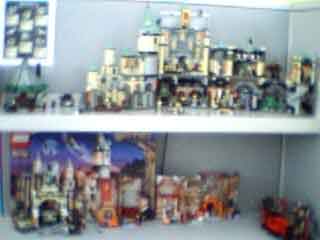 On a side note, that sort of spurs a question of what the rest of my workspace looks like. From over by the Legos, if you look at where I sit eight hours a day, it looks like this. 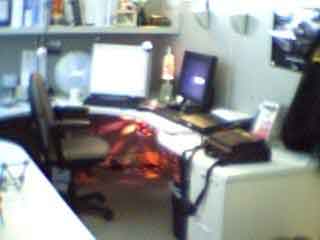 Yeah, that is a lava lamp. And a Luminglas. And a disco ball. And a mirror ball. Here’s a closer look. 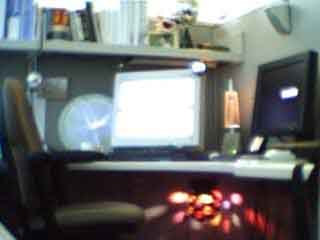 Lots of folks find it distracting. I think it’s boring if all that stuff isn’t there. Heh.